Belarus is the country in the East of Europe. Since 1991 it is an independent state. Nowadays it has Poland, Lithuania, Russia and Ukraine as neighbors. Belarus is out of Schengen agreement, but since 2016 tourists from 80 countries of the world (including EU and the USA) can travel via Minsk International Airport without visas.

The history of Belarus has several periods. Because of it’s geographical location, Belarus influenced the history of neighboring countries as well. They reflect how the country has changed thought centuries. Hence:

The country is quite big. For example, there are 6 main cities in Belarus with population over 100 000 people. Hence these are: Minks (the capital), Brest, Grodno, Mogilyov, Vitebsk, Gomel, and Bobruysk. All of them are very interesting destinations for a day trip. That is why, one can travel between these cities by trains of buses.

Minsk is the Capital of the Belarus. The city brings you back into Soviet times. Now Minsk is clean, bright, with well-developed transport system.

However it has also been the cultural, educational, political and economical centre of the country for many years. Without no doubt after 2016 it becomes a new touristic destination.

Brest is the western gate of Belarus. In fact it is located on the boarder with Poland. The most popular attraction is Brest Fortress. The places of heroic fights against Nazis. Today it is a huge memorial with interesting museums and monuments.

There are also a number of good restaurants at Sovetskaya Street, central park and an important transport hub — Brest central railway station.

Grodno is another Belarusian big city at the boarder of Poland and Lithuania. It has always been the city of trade, crafts and art. Today there are two castles in the city centre open for visitors. Moreover one can find Orthodox, Catholic and Judith churches in Grodno. As a good destination for day trip tourists choose Belovezhskaya Pushcha.

Belarus used to have a lot castle, but most of them were destroyed during the II World War. However authorities take steps to reconstruct and preserve the castles. Among the most interesting and popular for visitors are: Kosava, Hrodna Old and New Castles, Mir, Niasvizh, Ruzhany Palace. These places we can also list as the top 10 attractions of Belarus.

However transport system in Belarus is quite comfortable. The schedule of trains and buses going from city to city is well-planned, though the transport itself is quite old. To my mind it is really authentic to make a train trip from Minsk to Brest for example in platskarpt. To check the schedule visit www.rw.by

Minsk international airport is a growing transport hub. Today it connect Belarus with more than 30 countries. However the building of the airport in Minsk was built in the previous century and unfortunately the service is also quite old school. 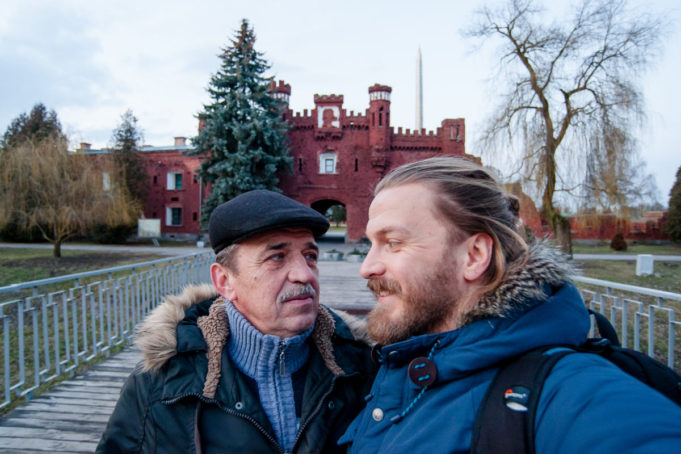 Brest
2
My visits to Belarus and Brest after I moved to Prague became rear, but very memorable. This year after a New Year celebration in Rome and long journey to Singapore I decided to share my travel experience with parents...
Load more