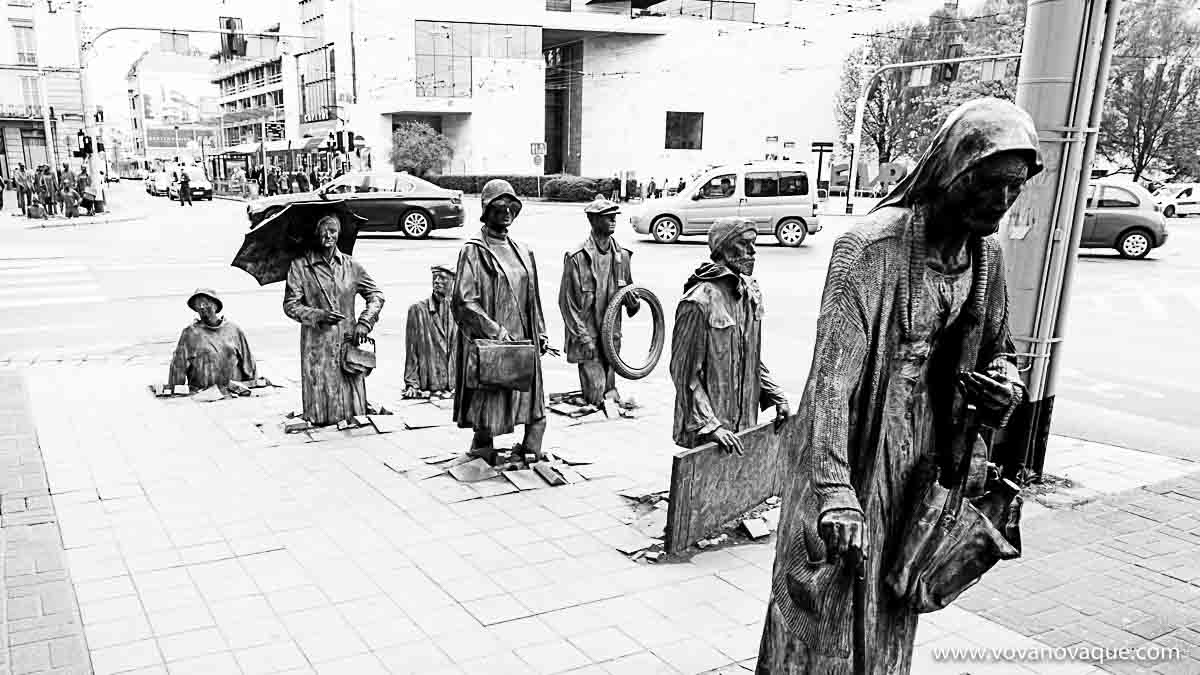 The anonymous pedestrians statue in Wroclaw (Pomnik Anonimowego Przechodnia) is a flash back to Communism times, when Poland was a part of USSR. And this moment show how ordinary people took part in the underground movement against the regime. There are 14 of them and every character is unique.

The artist Jerzy Kalina originally made the monument of clay. According to the history of Wroclaw, these statues it happened in 1977 and since that times the monument stood in the Wroclaw National Museum till 2005. So it was 24th anniversary of the date, when martial law in Poland was imposed. That was really hard times for locals. 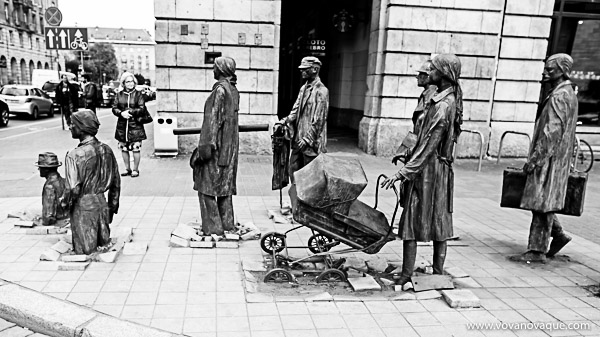 The militia took anyone who looked or behaved like an enemy of the Communistic regime. And most of the people imprisoned would never come back home. Jerzy Kalina managed to made the characters of the anonymous pedestrians statue so lifelike, because he lost a lot of friends and relatives because of martial law.


Today anonymous pedestrians cross one of the busiest streets of Wroclaw. There are 14 statues. 7 gradually descending to underground pedestrians represent the missing people. And 7 coming form the underground show those how managed to survive. All of them are ordinary people hurrying up to work or any other daily duty. They are just you and me. 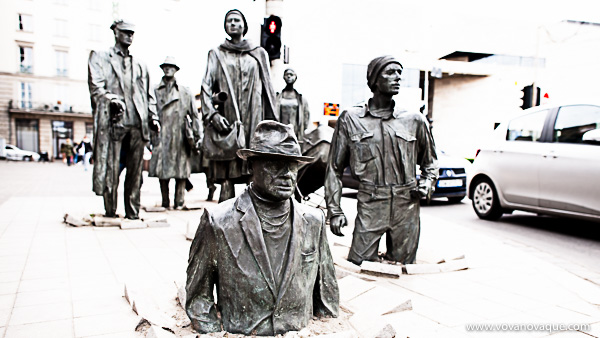 Within those two year when the martial law was in full power, soldiers and militia lots of people who worked with anti-communist units like Solidarity. Therefore even today more than 30 years after the statue of pedestrians in Wroclaw remind us of terrible events that took place in Poland.

You will find the pedestrian monument in Wroclaw in the city centre some 5 minutes walk from the main railway station and 7 minutes from the heart of Old Town — Rynek. The 14 statues stay at two sides of the roads crossing: Pilsudskiego and Powstancow Slaskich. 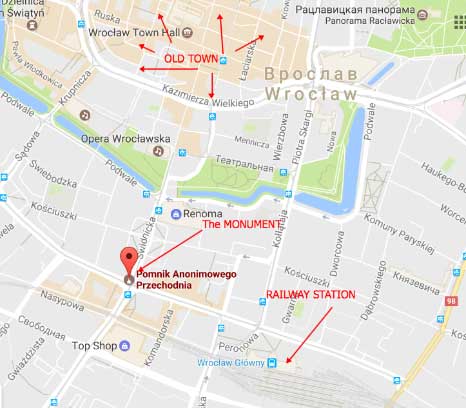 When I first saw the monument I was really shocked with the powerful effect it had on me. Looking into the faces of the anonymous pedestrians statue in Wroclaw I remembered the movie called “80 millions”. The film is about the fight against the Communistic regime in Poland. So you can see how simple people gave their freedom for the sake of independence. Before you travel to Wroclaw, have a look at the movie. 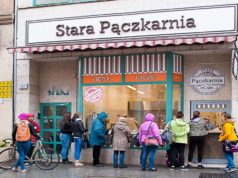 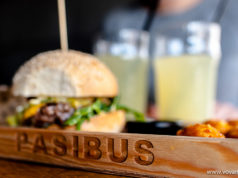 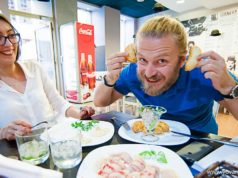 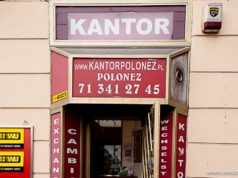 Where to exchange money in Wroclaw: Zloty and Kantor? 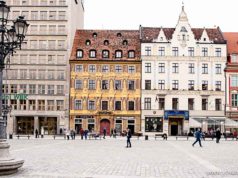 One day in Wroclaw: what to do and where to eat?