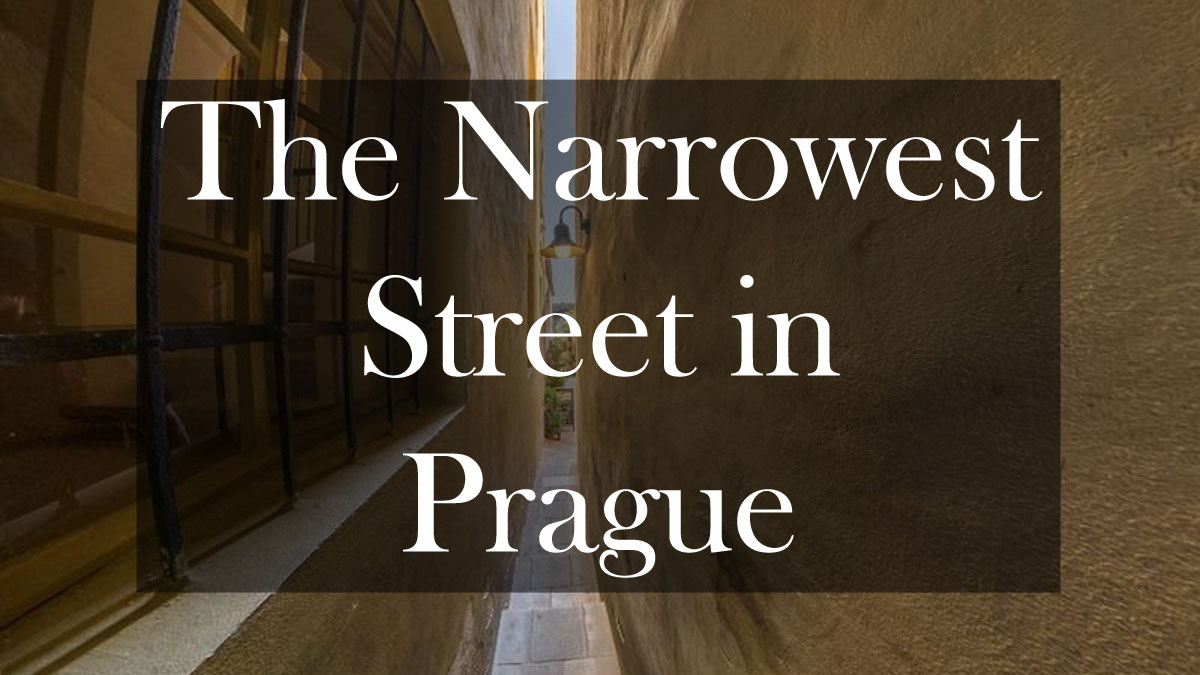 Have you ever heard about the narrowest street in Prague? As any city in the world, Prague has its own special street. Often it’s a street with an original name, unusual history or other specific features. But only one street became world-famous – Vinarna Chertovka in Mala Strana. 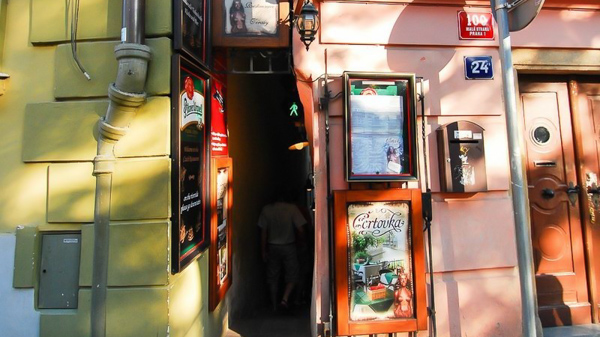 It is located near the Franz Kafka Museum and the famous Charles Bridge. The width of this street is 70 cm, this is the narrowest street in Prague.

Nevertheless, some sources say that the width is only 50 centimeters! Lying between two houses only one person can pass through it at time. 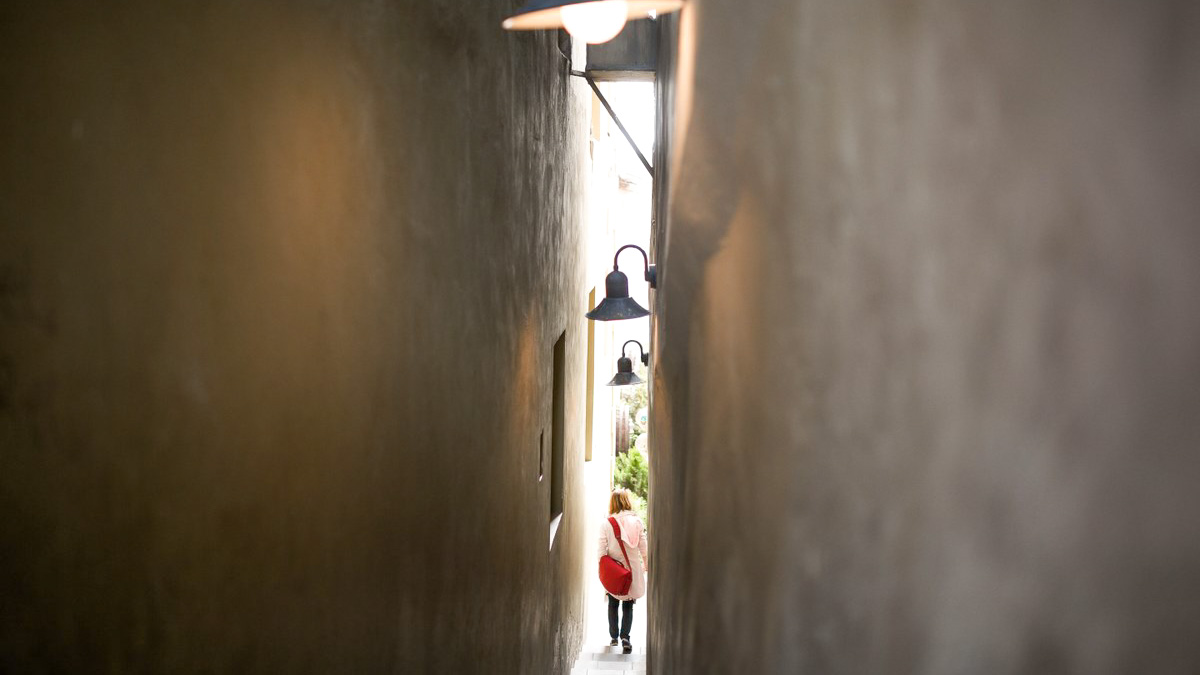 To prevent confusion, special pedestrian traffic lights were installed from each end of the street.

The street itself is called like the winery “Chertovka”, which is located very close by. Altough the name is not officially confirmed. This is a kind of advertising for the restaurant at its other end.

Among the people the street has the name of “drunk street”. While going out of the winery, people are not able to stagger as it is narrow. 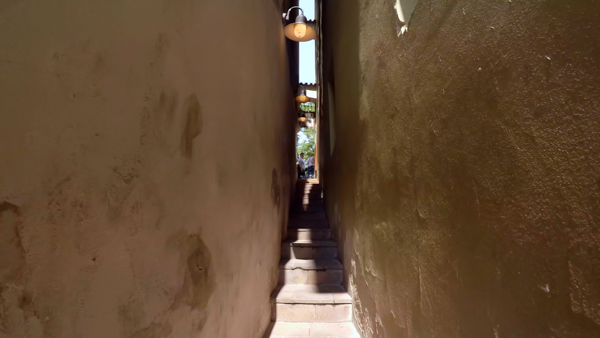 Vinarna Chertovka was not planned as a street, it served as a fire escape. There were a few of this kind around Prague, but to our day this is the only one which has survived.

In the middle of the XV century they were created to slow the spread of fire, which could cause great damage to such a densely built up city. Such aisles was usual things for such a densely populated city.

Traffic on the narrowest street in Prague

As you have guessed, “the street” is a quite loud name. Rather a small passage that formed between two houses. Some enterprising citizens opened a winery-restaurant in the dead end. The owner of the restaurant says that he couldn’t start business here without installing the traffic light. The fire services obliged him to do it.

In order to walk along the narrowest street in Prague, you should wait for your time at the traffic lights. This is not a mere formality. Indeed, two people will not be able to pass it at once.

Moreover, there was a case when a tourist got stuck here. The owner of the Certovka Restaurant says that it was a corpulent German lady. Other tourists tried to push her but with no chances. 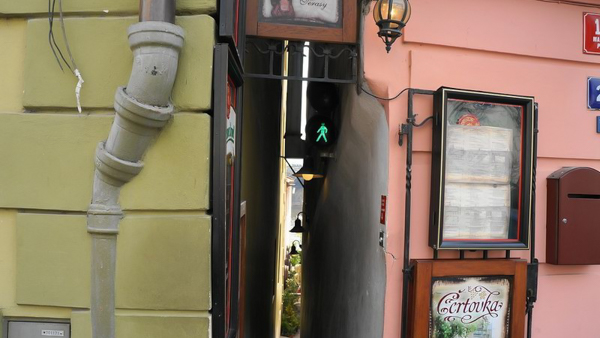 Finally they soaped her to get out of the narrowest street in Prague. Well, they did it but she had to choose another place to have lunch.

Such name is quite strange one for a restaurant, but in fact, it is taken from the river. According to the legend, long time ago there lived washerwoman with a pretty violent temper. Neighbors called her Chertovka (Devil woman) and she accepted it.

The woman believed that she really had relations with the powers of darkness. Alloiza asked a painter to draw seven devils on the wall of her house. But the painter drew only six, the seventh devil was Alloiza herself.

So the house got the name “At the Seven Devils” and the river was called Devil’s Stream.

What to do here

The street is famous among tourists. There you can take some photos to surprise friends. Remember that this is the narrowest street in the Central Europe. 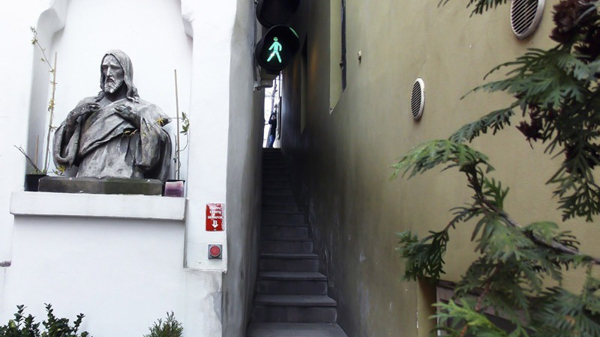 Then you can visit the restaurant at the edge of the canal. There is a wide choice of first meals, traditional Czech dishes as well as lots of beverages for any taste. The place has summer area on the bank of Certovka canal with a magnificent view over the city.

Keep in mind that the place accepts only cash.

The street is located 150 meters from the Charles Bridge. If you go from the center towards Hradčany, turn to the right after crossing the bridge. Then you will recognize the place because of crowds of tourists. 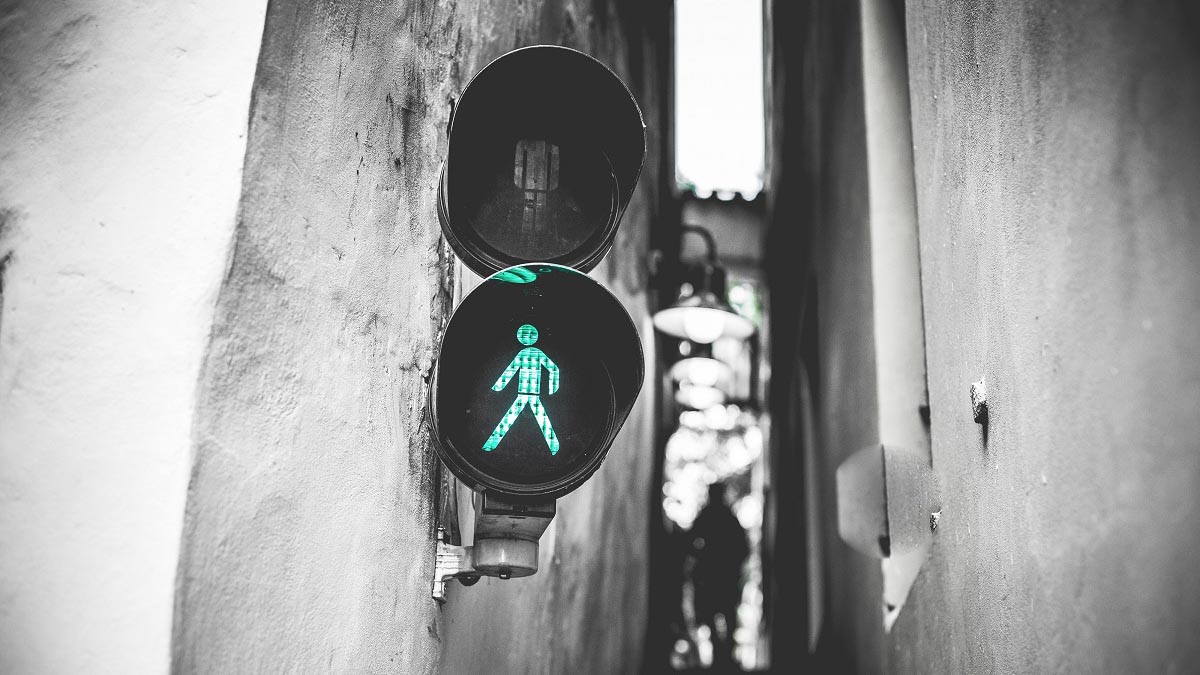 As you can see, Prague is full of magnificent and hard to find places. In order to enjoy the beauty of the city entirely you should change a “common route”. We offer you Tours with Local Guide who knows every single corner of Prague.

All tourists’ sights, unbeaten roots and interesting facts from history will leave more memories and emotions.