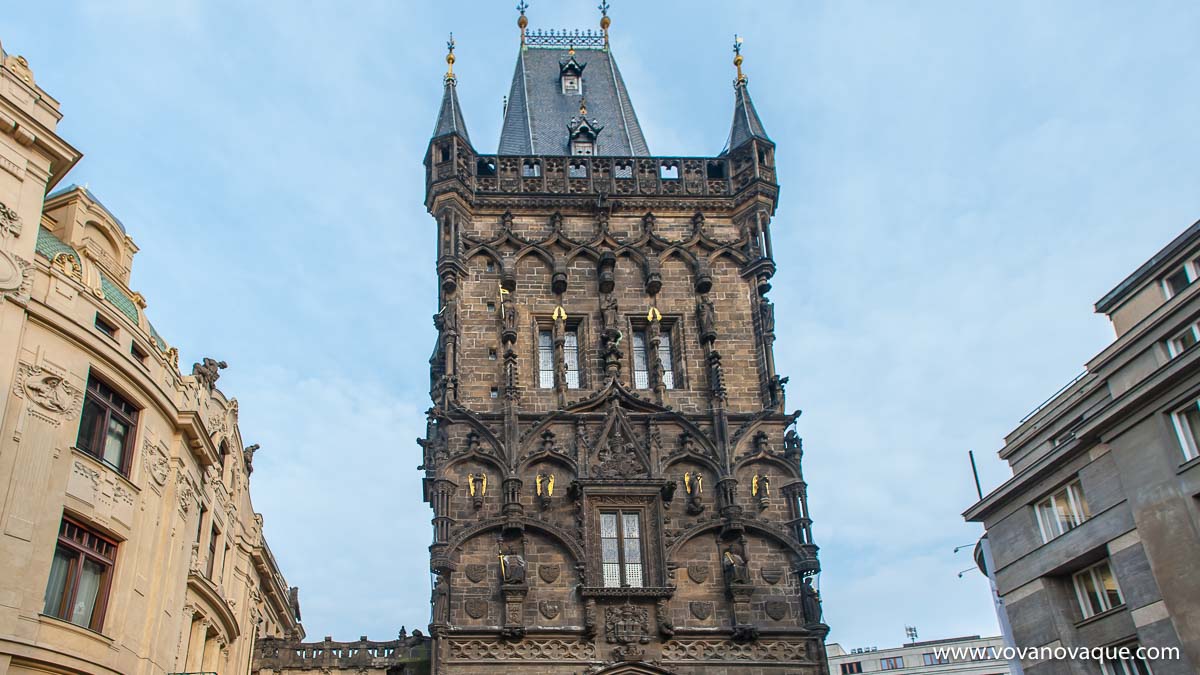 The Gothic Powder Tower in Prague (Prašná brána) is one of most recognizable symbols of the Czech Capital. Generally towers are inseparable parts the city. It even has a nick-name: the city of 100 spires. These spires one can see at the roofs of churches, city hall and towers. But why do they call exactly this tower as powder?

The name comes from the fact that it soldiers stored powder in the tower in 18th century. However before that, the tower was a check point of the Royal route. The route all Bohemian kings used to pass during the coronation process. 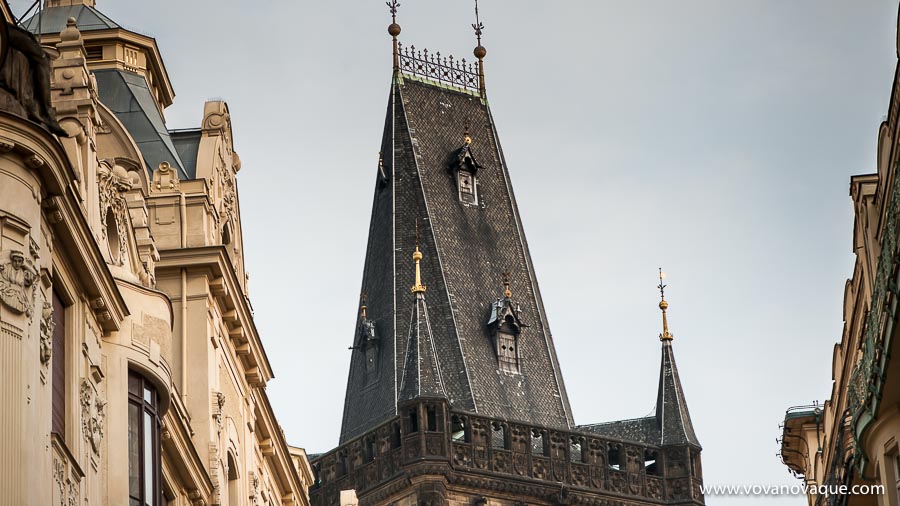 The idea of creation of the tower alongside with the Gate appeared in the second half of 15th century. Therefore, in 1475 the first stone of the future tower was laid into the basement. However, in 1488 they stoped the building. And this pause lasted till 1592. Powder Tower got its spiral staircase and a new new entrance.

Modern look the tower got in the 19th century with help of Josef Mocker. From the very beginning the construction had the Gothic style. However its final redecoration gave the tower pseudo-Gothic look. In the 1960-s partial reconstruction of Powder Tower took place, but it did not change its image.

Today the height of Powder Tower is 65 meters. The observation gallery above the gate is rises 44 meters over the ground. In order to get to the top of the Tower, you have to climb 186 steps made of stone.

Statues of the Powder Tower in Prague 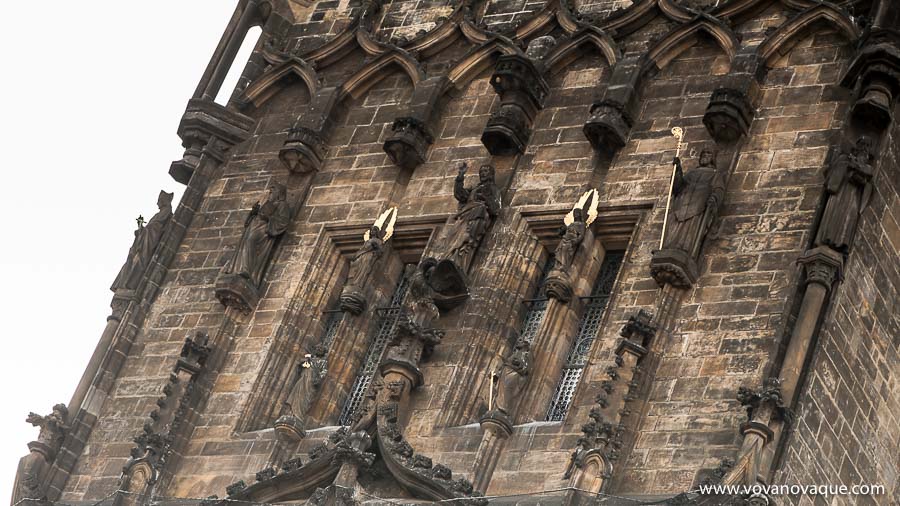 There are various statues on the first and second floors of the Powder Tower. What you may find on the first floor are figures of Czech kings:

Above their statues there are winged cherubs and Old Town emblems are in the corners of the tower. As for the second floor, you may find Bohemian saints and patrons figures as well as the statues of Jesus Christ and Virgin Mary.

There are two options of how to discover the Powder Tower in Prague: to see if from outside or to buy a ticket and clidm all 186 stone step to get to the top of it. It is up to you. If you plan to go to each tower of Prague, than go for it. But if you would like to choose only one, it should be the tower in Old Town Square. The view is much better and they have a elevator.

How to Get Here? 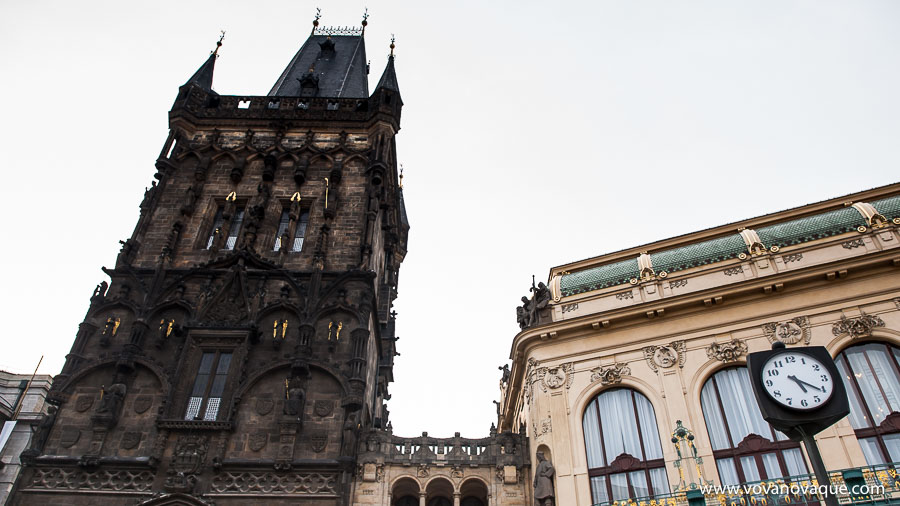 Powder Tower is situated at the entrance to the Old Town. The square is called Namesti Republic or Republic Square. Look for the most Gothic roof and you will not miss the Powder Tower. The construction is linked to an amazing building of Municipal House. In front of the Tower there are two huge buildings: the National Czech Bank and the Hybernia Theatre.

If you want to stay in the very heart of Prague during your visit choose one of many hotels near the Powder Tower. Since the area is quite central, most of the hotels are of 5 stars. There are

Before you book, you can read the manual of how to book a hotel in Prague for self tourists and learn the best options of staying in the Czech Capital. By the way, 5 minutes walk from the tower and you can taste the best pork ribs in Prague.

I sincerely hope, that Powder Tower will be in your bucket list of things to see in Prague.