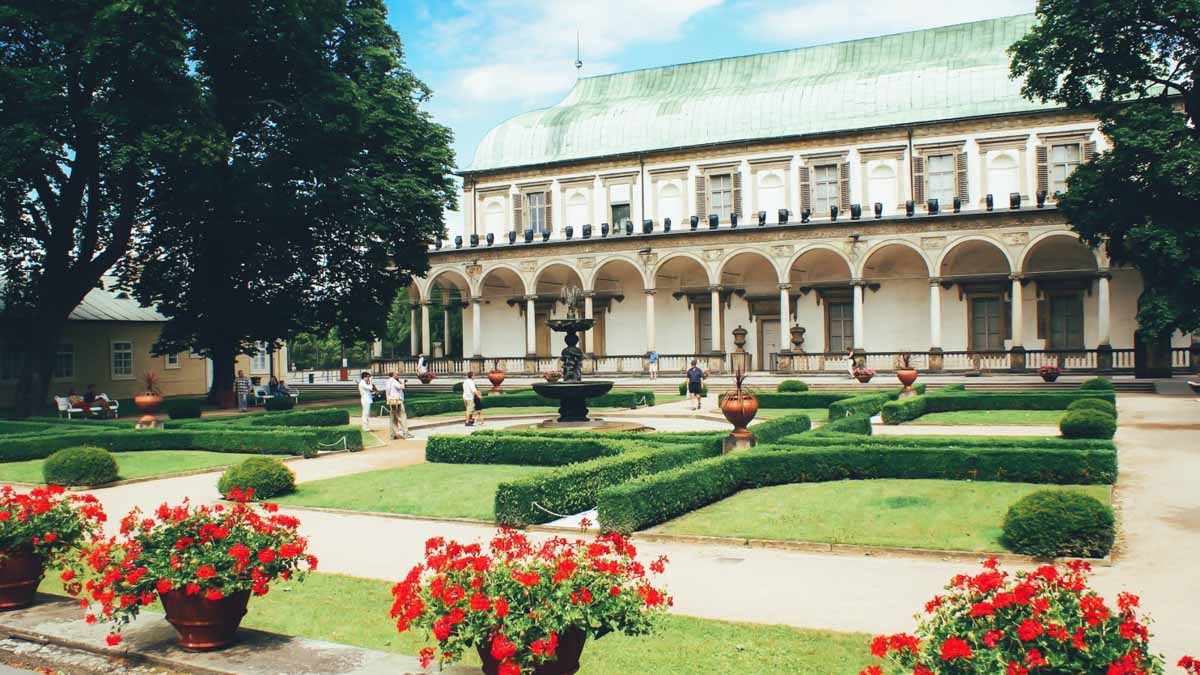 The Royal Garden (Královská zahrada) has always been probably the most elegant and well-groomed of all the gardens of the Prague Castle. It is located on the north site of the castle and until 1534 it was the royal vineyard. Moreover, it is supposed to be the very first garden in the Renaissance style.

This place owns nice and cozy atmosphere. Large amount of exotic and rare for the country specimens of plants makes air truly clean and fresh.

Spending time there is popular not only with tourists. Parents with small children are also common visitors. There you can see how perfectly architecture and nature are combined in unison.

History and Sights of the Royal Garden – what to see there?

The garden was built up during the reign of Ferdinand I at the time of complete reconstruction of the Prague Castle. On the place of the vineyard appeared new alleys and buildings in the Renaissance style. They occupy the area of 3.6 hectares. The Ball Game Hall, the Royal Summer Palace and the Lion Court represent the work of Paolo della Stella and Giovanni Spazio.

The most prominent facility is the Royal Summer Residence. It was built during 1538-1563 in a mixture of Renaissance and Gothic styles. At that time it was pretty futuristic decision. Since 1568 there is also situated marvelous singing fountain. Ferdinand I complemented its beauty with exotic plants, such as orange, lemon and fig trees. 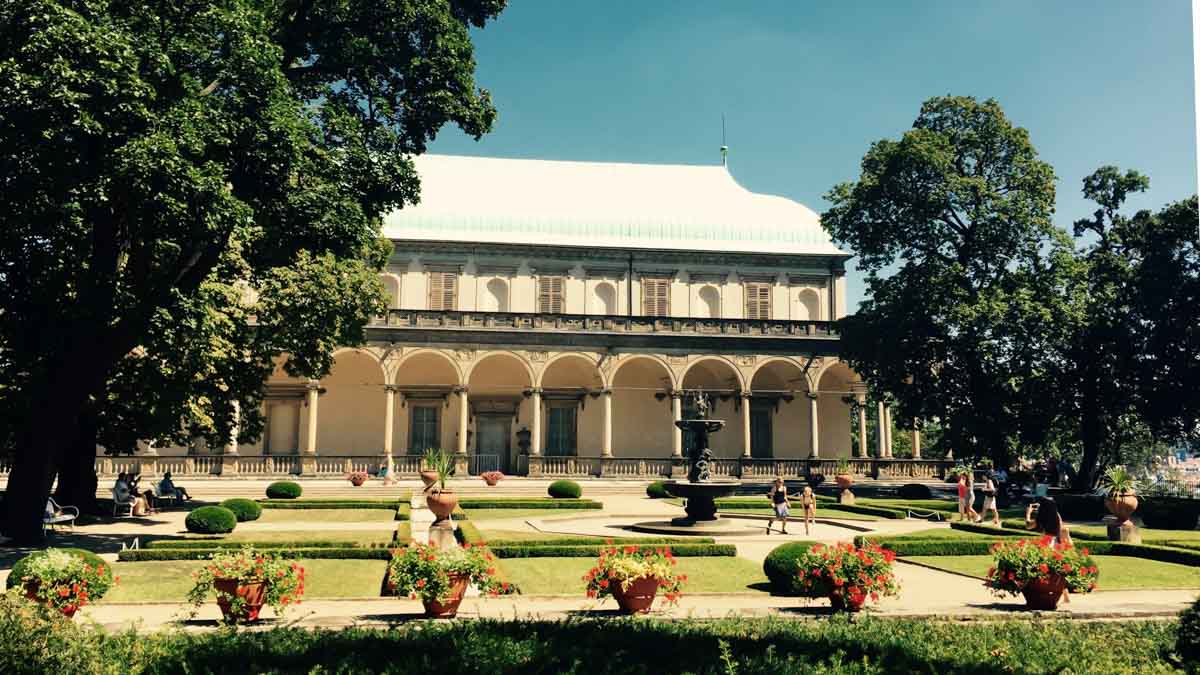 Besides, it was the first European place where tulips grew.

Lion Courtyard served as the place to keep exotic animals. Mostly, they were gifts from Kings of other countries. Nowadays it is a restaurant with tremendous view on the St. Vitus Cathedral.

In Baroque years the Royal garden experienced some changes. In 1750s there appeared two new figures by M.B. Braun: The Night and The Day. The last one was destroyed in 1757 by Prussians. Later, in 19 th century it received an “English Look”. Grass plots partly replaced flower beds, thus made a mixture of Renaissance and Baroque era. 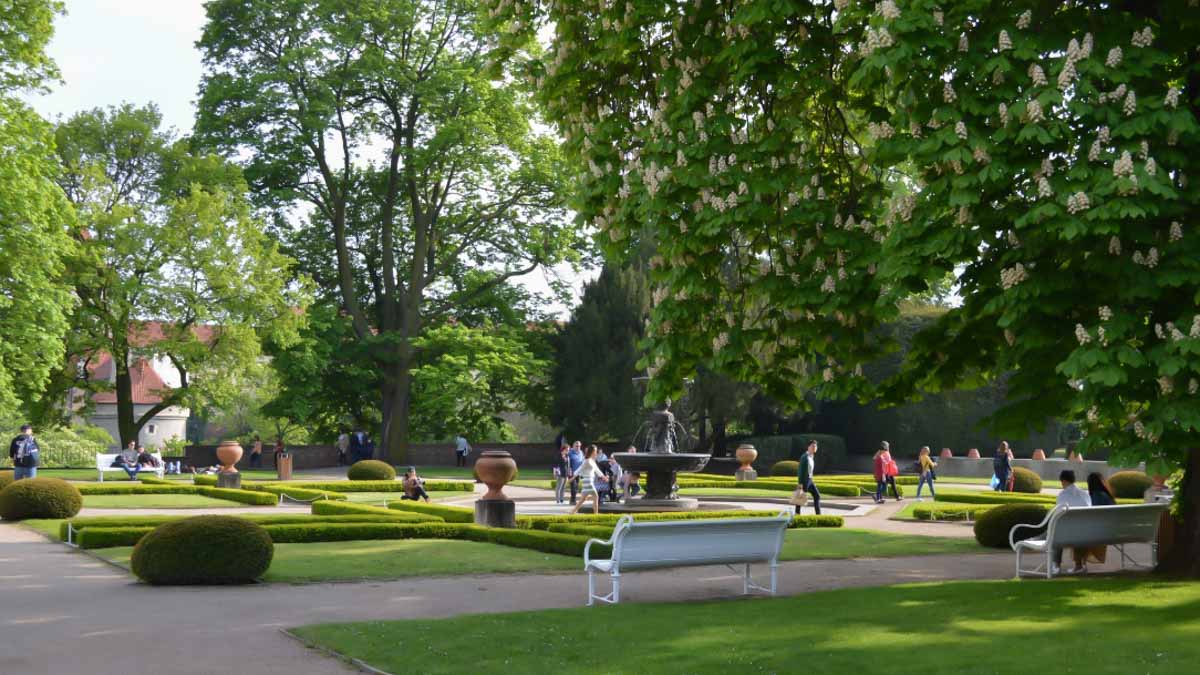 In 1937 there was built the Presidential Residence. Since 1938 till 1989 it was a home for all the Czechoslovakian presidents.

How to get there?

For the greater part of its existence none of public citizens could visit it. In 20 th century only government persons admired its beauty. Nowadays it is open to the public all over the year except winter. Entrance is free.

Tourists can get there by tram or metro. The most popular way is on tram №22 (stop called Pražský hrad). This location is of great historical value, so once you are in Prague, do not miss the chance to see it on your own.

People say that it is especially beautiful in spring and summer, when all plants and flowers bloom. Royal Garden of Prague Castle is a perfect place for calm and soulful relaxation. Or you can always book a private local guide for a tour to the Gardens and Castle of Prague.