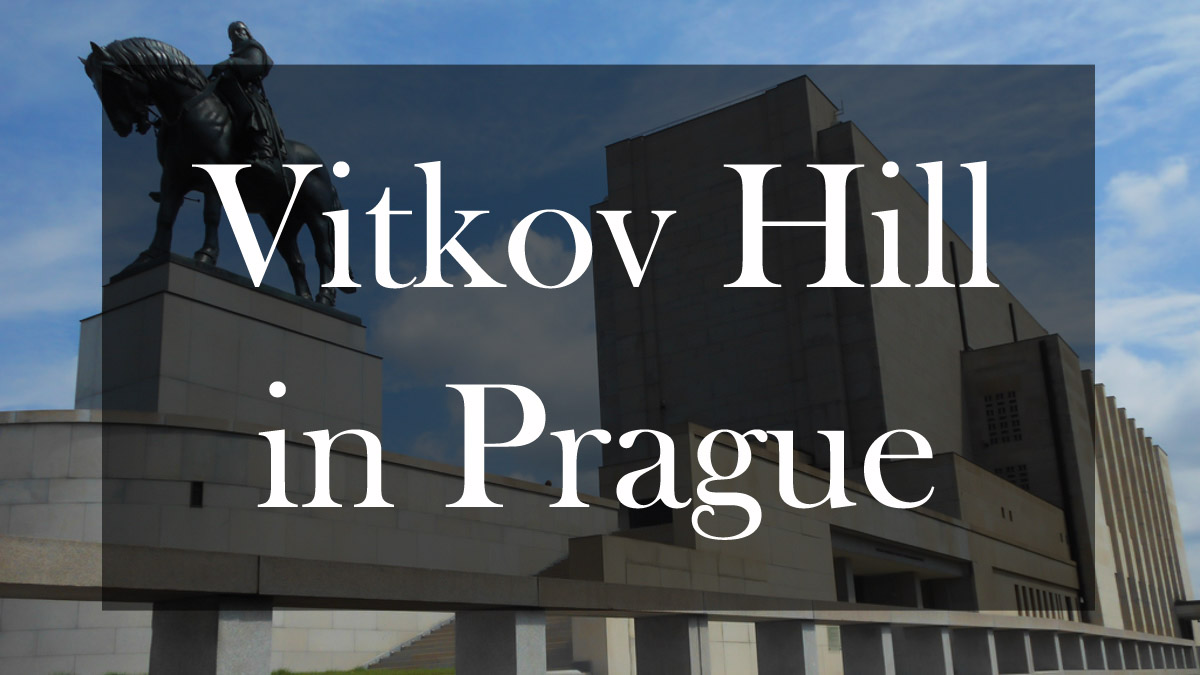 National Memorial on Vitkov Hill in Prague is a true evidence of the former greatness of Czechoslovakia. However, not many people coming to Czechia know this country from another side. Besides great architecture, sights and food, Prague has a rich history. The memorial on Vitkov Hill can tell the story of one of the greatest battles in the history of Czechia. 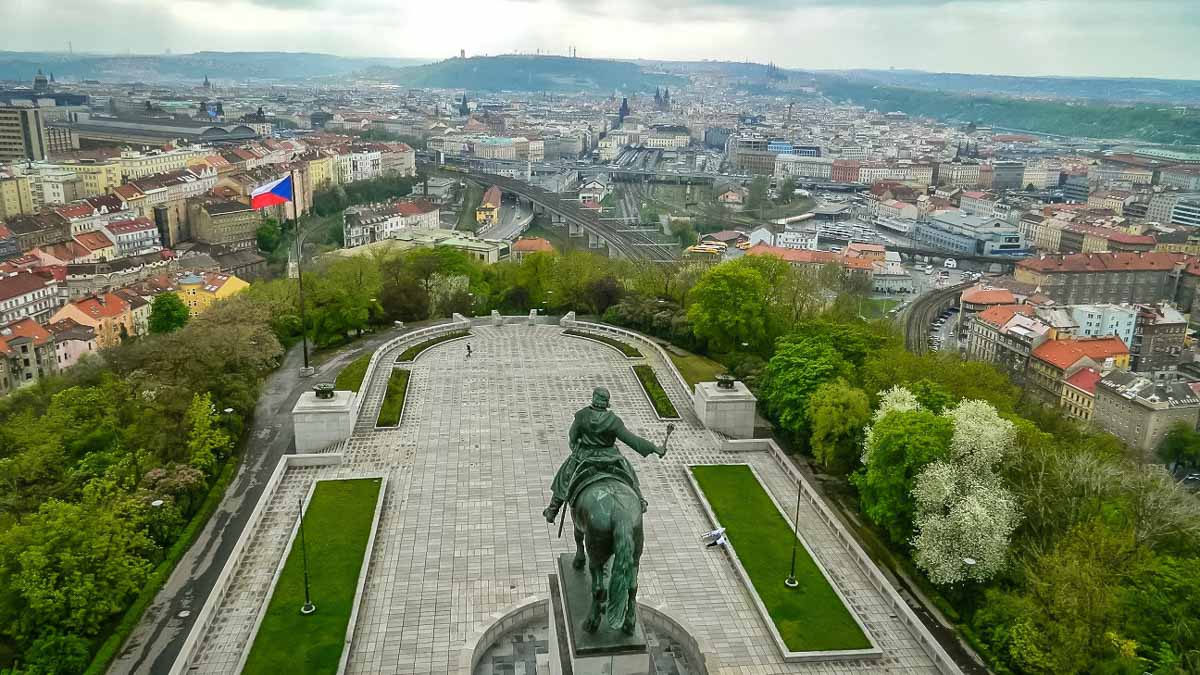 Why is this place so important in Czechia

In the 15th century crusaders were throughout Europe, bringing their religion as well as death and destruction to people. In 1420 the King of Hungary Sigismund together with his troops came to the Prague walls and besieged it.

Most of the crusaders were unscrupulous and wanted gain. Therefore the citizens of Prague headed by their leader Jan Žižka did their best to protect the city. 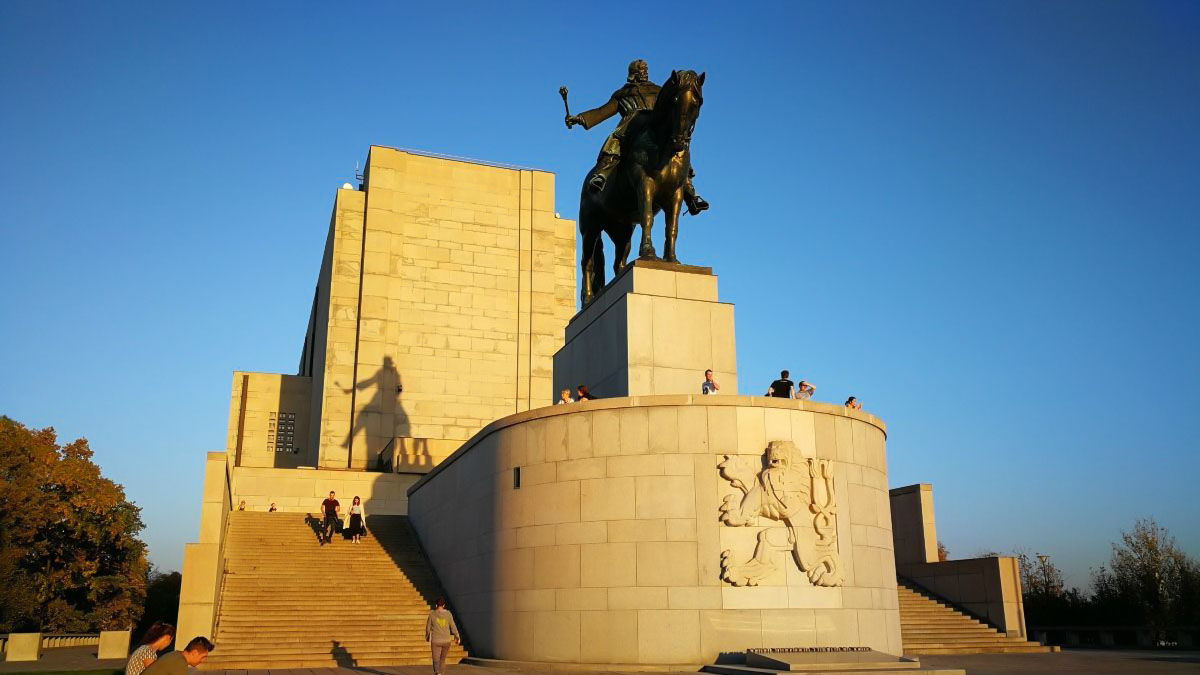 This army mostly consisted of peasants and farmers, having no necessary weapons. However, Žižka invented a plan to transform agricultural instruments into weapons and used all the possible mastery of the peasants to defend Prague.

The Battle on Vitkov Hill

On July, 14th 1420 the main battle of this war took place. Jan Žižka and his forces based on the Vitkov hill outside Prague met the troops of crusaders. The crusaders attacked, but were thrown away.

This put the end to the siege of Prague and soon Vyšehrad and Hradčany castles were besieged, this time by Hussites. The victory became as prominent for Czech people as it led to Hussites’ possession of vast territories of Bohemia. 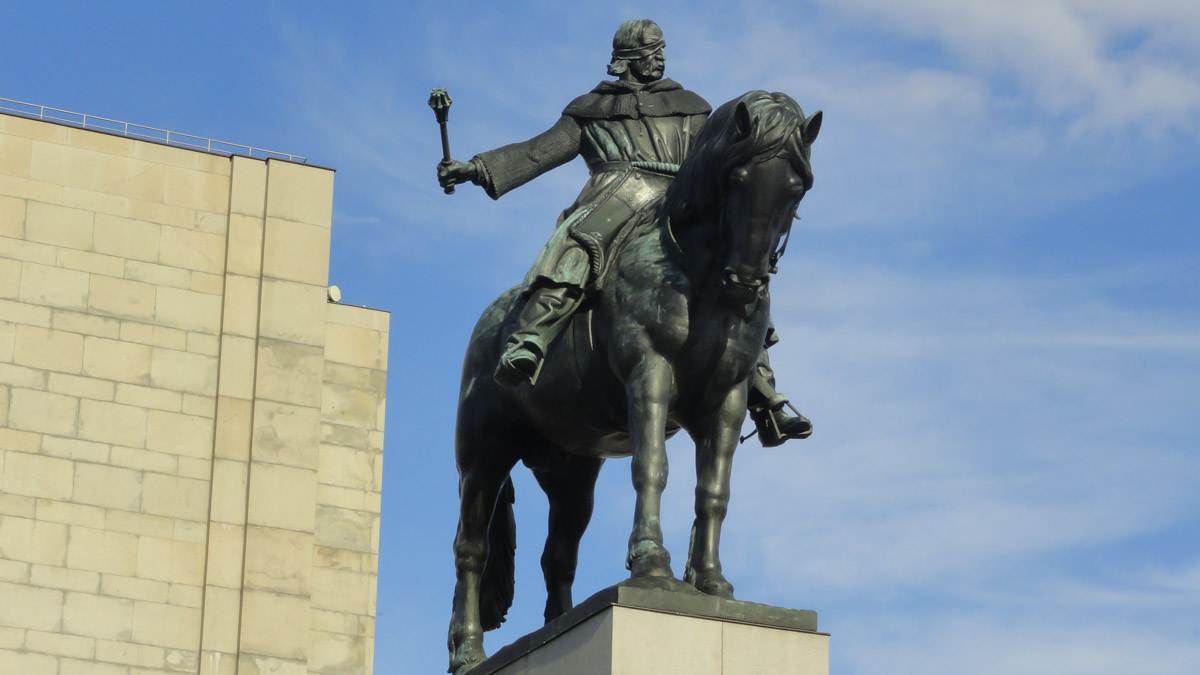 Although the battle at the Vitkov Hill took place about six hundred years ago, Czechs still remember and respect Jan Žižka and his troops.

At the beginning of the 20 th century began the building of the monument in their honor. Jan Zázvorka was an architect of the memorial. The president of Czechoslovakia Tomáš Masaryk laid the foundation stone on November, 8 1928.

This monument and the commemoration of the Czech heroes was extremely important for a young country with the history which goes back hundreds of years.

The construction itself started in 1929, however it was not completed to German occupation and partitioning of Czechoslovakia in 1938. After the Second World War in 1949 a tomb of the Unknown Warrior was added as a part of the memorial.

This tomb is situated under the granite plane, which has the words “Glory to heroes, who died for their country” on it.

It is a complex in the constructivist style, 142 meters tall and 27 meters wide. The height of the main building is about 31.5 meters. During 1954-1962 there was organized the Mausoleum of Klement Gottwald, ex-president of Czechoslovakia.

To the left there is a hall of fallen warriors, which commemorates the soldiers who died during two world wars. Perhaps the most famous part of the memorial is the equestrian statue of Jan Žižka – the biggest in the world.

The height of the statue is 9,6 meters (22 meters if to count it with the pedestal). The width is 5 meters and it weighs more than 16 tons.

During the years of occupation the statue was cut  into pieces. In order to prevent it from destruction, each of them were hidden in different places. The statue was put together only after the defeat of the Germans.

In 2007 the Memorial was handed to the National museum. There have been organized exhibitions dedicated to the history of Czech republic, especially its military victories.

How to Get Here

To get to the Memorial on Vitkov Hill in Prague you have to take buses No. 133 or 207 from the stop Florenc. Go out of the bus at the stop Tachovskeho namesti. Firstly, you will have to buy a ticket. This article will be helpful for you: Public Transport in Prague. 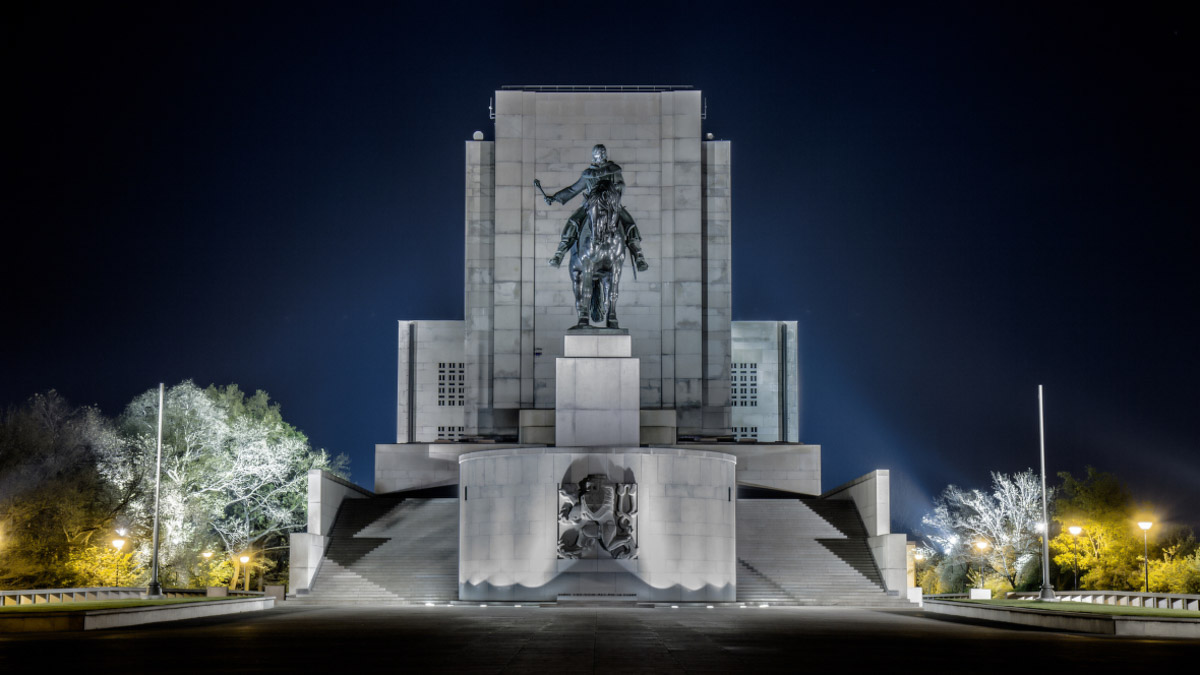 From there you can head directly to the park. Entrance fee is:

The entrance to the park is free. You can stroll around the park and take a look at the massive statue of Jan Žižka. Choose a good sunny day and learn about the brave Czech patriots.

Tour to Vitkov with a local guide

Vitkov is a part of the Hills of Prague tour with our local private guide in Prague. Hills of Prague is among top sightseeing tours. Within 6 (or less) hours you will have a chance to see the city of 100 spires from the top of 4 different hoods. It is unique experience for you!