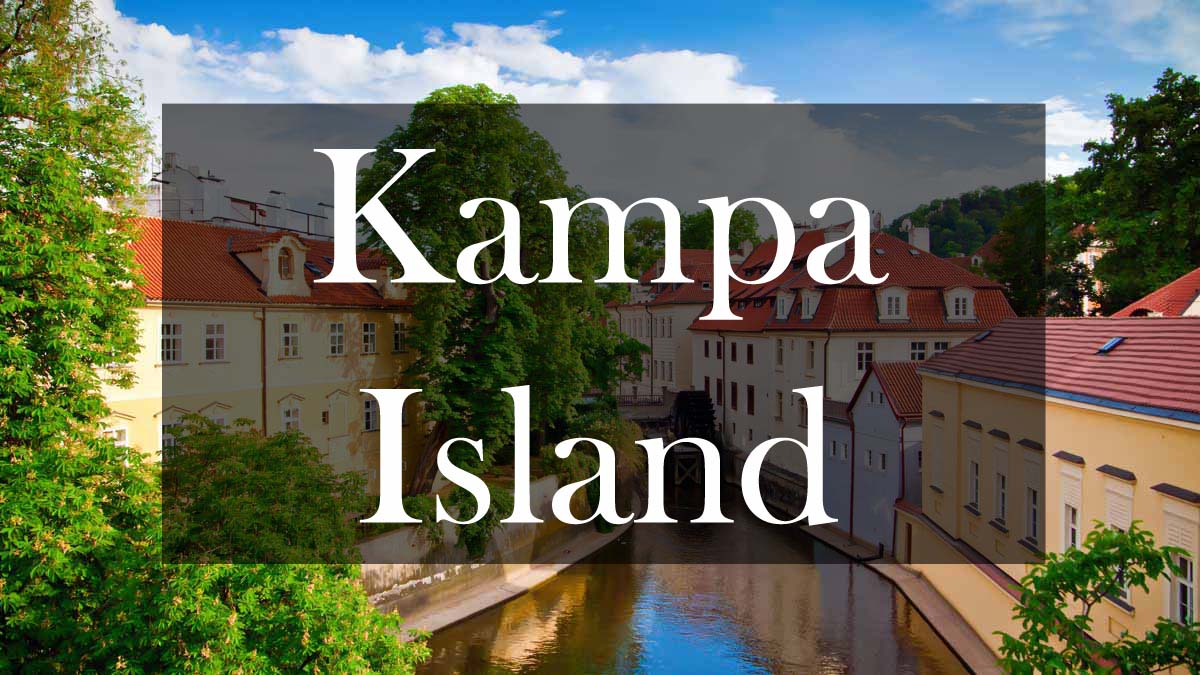 Many poets praised Kampa Island as the most beautiful and picturesque place in Prague. Moreover, some tourists call the island “Prague Venice” due to the atmosphere and its look. Let’s find out the history of this beautiful place, main sights and how to get here.

Kampa is situated near Charles Bridge and is separated from Prague Lesser Town by the river arm Devil´s Stream. This artificial stream powered water mills that were here long time ago. 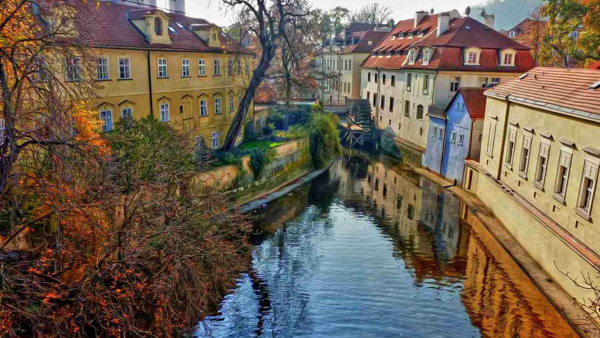 The Island got its name from the Latin word “camp”. In the 12th century there was a camp of Spanish soldiers who destroyed the Czech army beside the White river. Then this land passed into the ownership of Archiepiscopate. In the territory were set up gardens and began building activities.

People lived on the island until the middle of the 16th century. There were pompous vineyards and fruit plantations. After a big fire in 1541, which destroyed almost all Prague, everything that survived from the burnt houses was brought to the island. 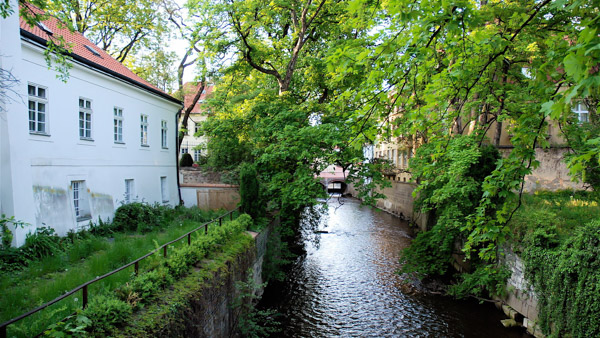 People strengthened the island, leveled the terrain and began the construction of houses. The rich people were careful not to invest in the unstable project resources: what if the land disappears underwater? For this reason, the land was sold to artisans who created their own town with a market square that has preserved to this day.

On Kampa Island appeared a beautiful park, then people began to open here different cafes, restaurants, hotels. At one time the Island Kampa was a favorite place of Czech Bohemia. Many artists, writers and poets were working here.

History is associated with a terrible flood in 1892. The water level was so high that woman Anna saw the icon of the Mother of God sailing along the canal. She even managed to grab it from her balcony. 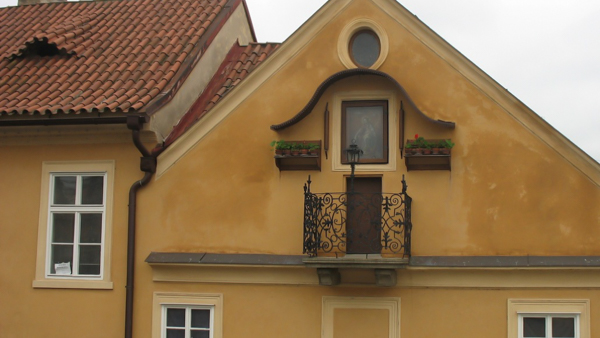 Anna began to pray earnestly for the salvation of the city. From that day the water began to recede and the city was saved.

Now tourists can see the icon on the balcony of the house. The legend says, if you come here at night, you can hear a quiet whisper from the balcony. Anna continues to pray to the Mother of God to help those who are in danger.

As in other parts of Prague, Kampa Island also has its ghosts. People say that at night near the mill gather the drowned souls. There also lives the spirit of water Kabourek. This ghost is dressed in a wet green coat and hat, wrapped in seaweed. Most often it is noticed in pubs, namely in the “Golden Scissors”. 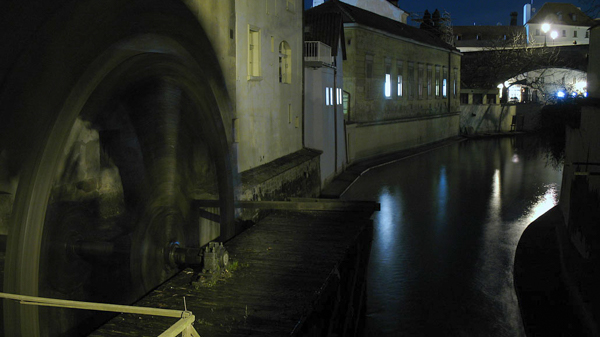 In addition, Kampa Island is safe and you can walk there at night too. It is quiet and beautiful, the architecture is majestic. Of course, if you are not afraid to meet some ghosts on your way to pub.

The first thing that attracts tourists here is a picturesque view, an English park, small houses and cozy cafes. Often the Island is called as “Prague Venice”. Though, it is not so.

There are a lot of green places, parks where you can relax on benches or lie on the grass. Despite that the island is small there are really a lot of interesting to see.

The Museum of Modern Art 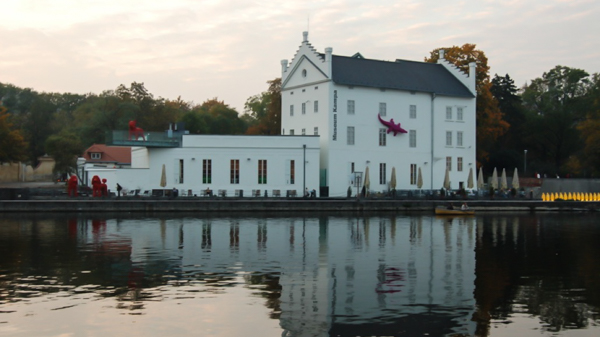 The architecture of Renaissance and Baroque prevails on the island. But there are many of unusual and sometimes abstruse monuments in the collection of Museum of Modern Art. Even though you are not a big fan of contemporary art you should visit the Museum to understand the soul and spirit of Czech capital. 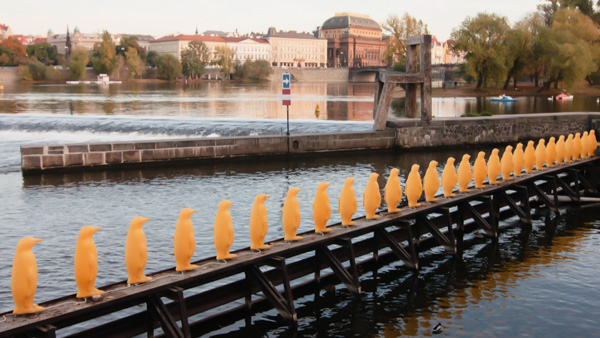 Today in the museum you can see the sculptures of O. Gutfried, in the style of cubism and the paintings of F. Kupka. The paintings in the museum are the property of Polish, Hungarian, Slovak, Czech and Yugoslav artists, masters of contemporary art.

Short-term expositions of contemporary artists and sculptors are held along with a permanent exhibition.

A ticket to visit the museum costs 60 CZK. 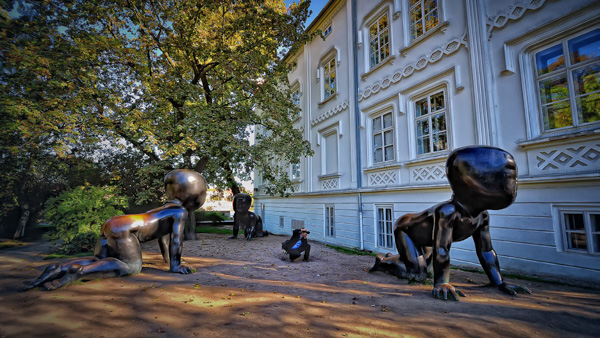 Near the museum you will see bright sculptures: “March of penguins across the Vltava River”, “A chair on the Vltava”. In the park Kampa you will find the famous “Crawling Babies”

The Beatles fans should visit a famous wall of John Lennon on Kampa. The wall appeared on the Island after the death of iconic musician in 1980. People covered it with lines of Lennon’s songs and the usual city wall became a special place. 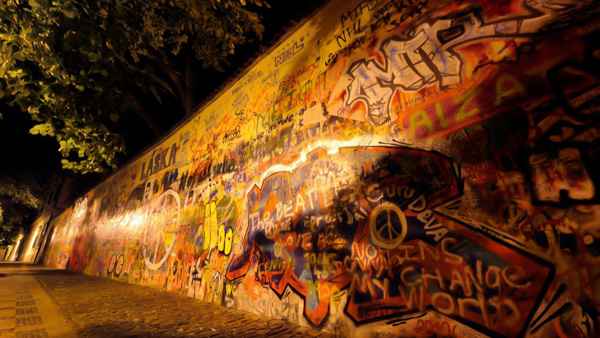 There were attempts to paint over the writings but thanks to the strong request of the French Ambassador the wall remain as it was.

For people in love the must-visit place is a bridge of Lovers that is perfect for romantic photos next to the water, especially at night. Locals say that if a couple kisses on the bridge, so the wedding will be in a year. 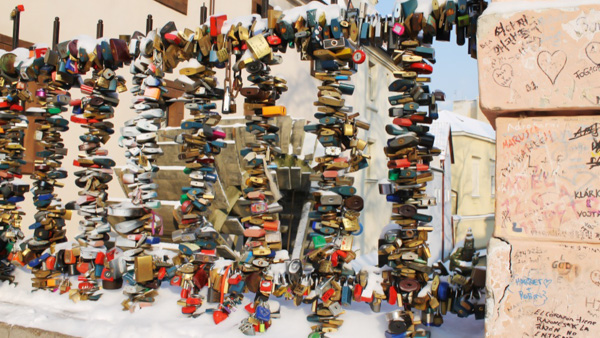 The narrowest street in Prague

There you can also find the narrowest street in Prague. Its width is only 70 centimeters and at the both ends there special pedestrian lights are installed.

Two people are not able to pass it at the same time. So if you want to go through it, you have to press the button and wait. 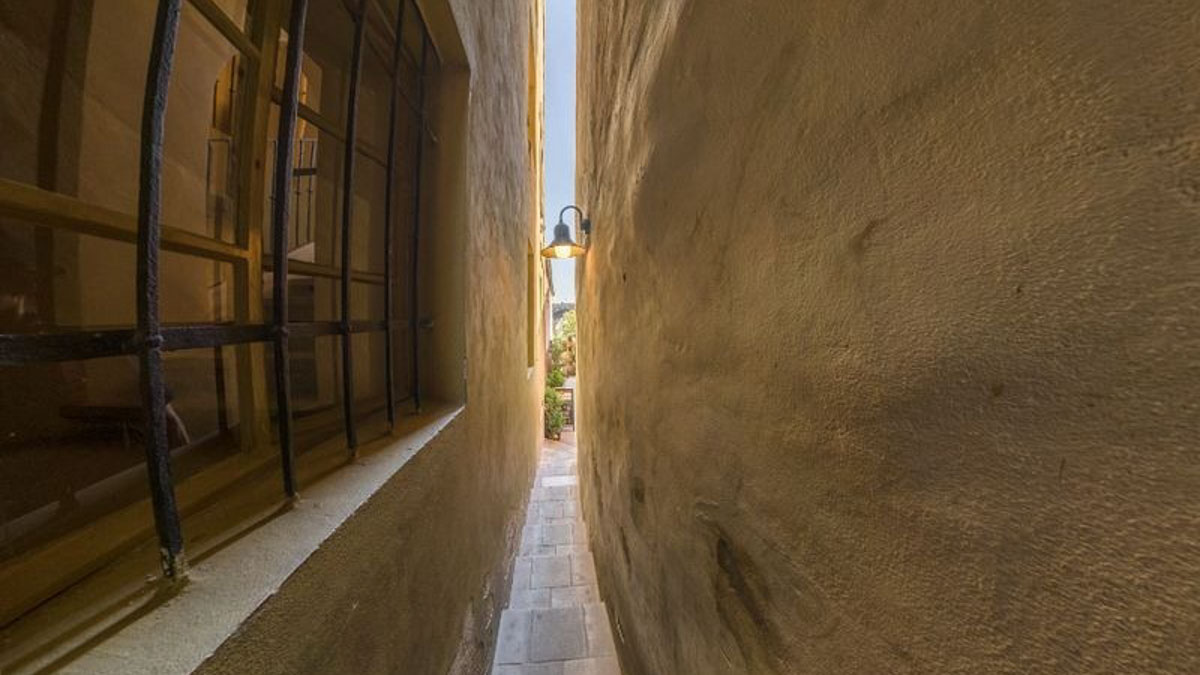 Besides, the street near the “Devil’s Stream” and there is a winery-restaurant on the bench. Try famous Czech dishes and enjoy the time on the bank of Vltava River. There is a beautiful view over the city. 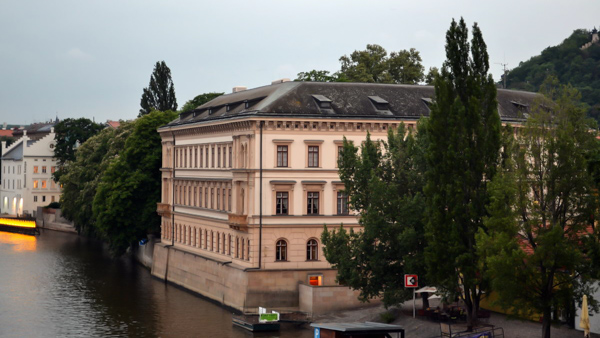 The building dates back to the XVI century. Due to the contact with water it had to be reconstructed for many times. Nowadays the place belongs to the Government of the Czech Republic. It houses some luxury apartments and hosts concerts of classical music.

Today Kampa is rather quiet and secluded place with wide choice of restaurants, cafes, hotels and bars. The place is rather romantic and has a lot of places to stay. There are some of them: 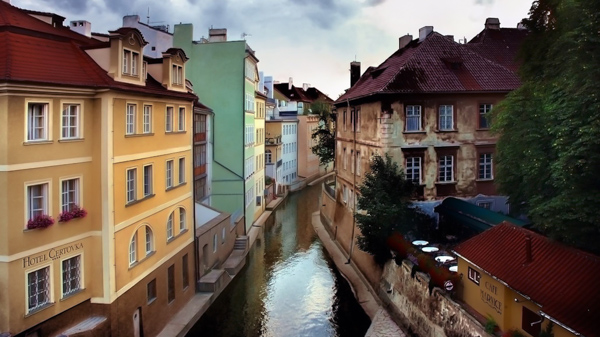 Or you can choose the best option for you here: booking.com

How to get there

Go down the ladder of Charles Bridge next to the bridge towers of Mala Strana area. Continue to follow the signs. There are a lot of them, you definitely will not loose the way.

Besides, you have a chance to explore all Kampa Island in full and get unforgattable emotions. We offer Tours with Local Guide around Prague and its sights. You will reach the places hidden from a common tourist!