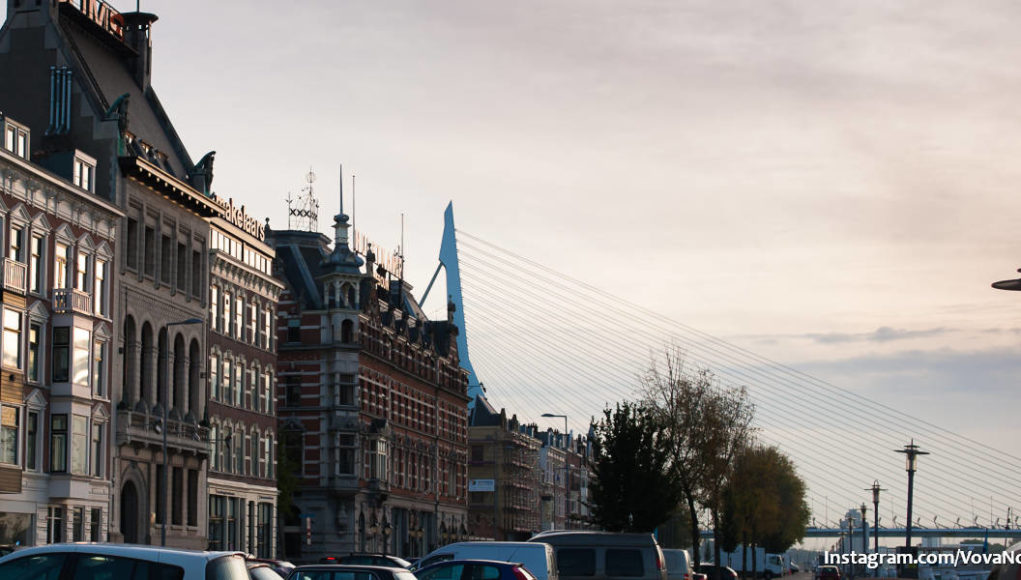 My one day in Rotterdam began when I arrived to Hague airport from Prague. I decided to spend there some time before taking a train to Amsterdam. And to tell the truth, I was really surprised at what I saw in Rotterdam. 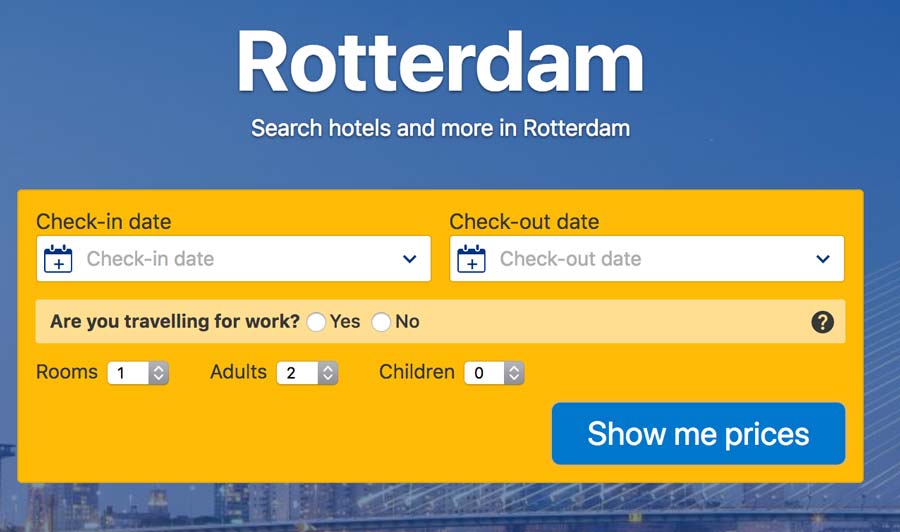 You can check trains schedule from Rotterdam to Amsterdam at http://ns.nl

My one day in Rotterdam 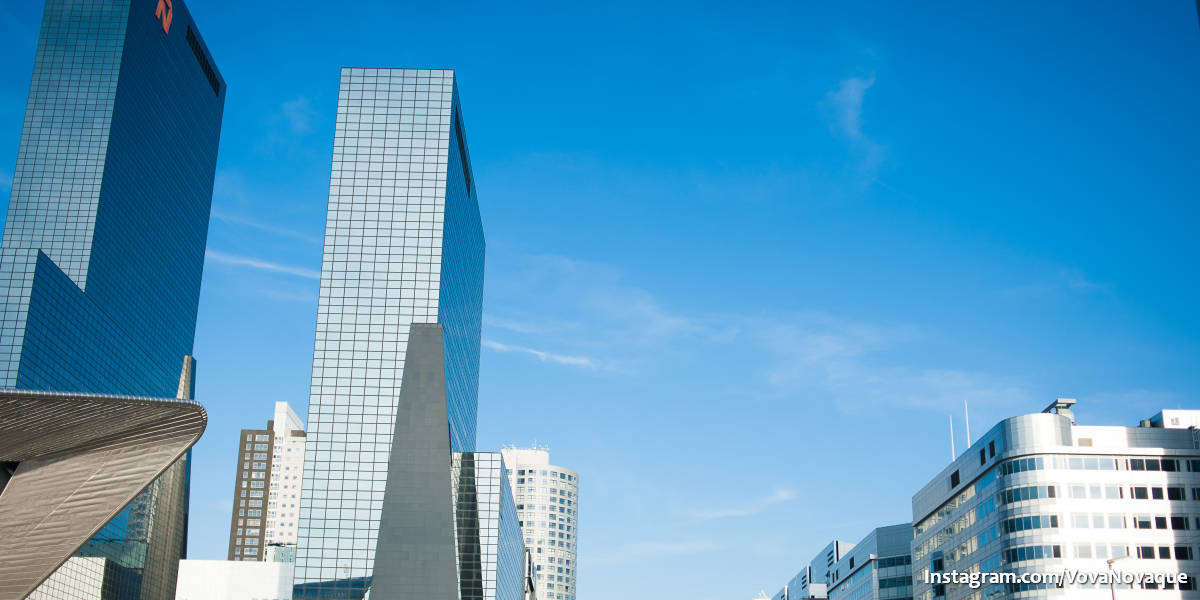 Frankly speaking I could not have thought that Rotterdam is such an impressive, modern and comfortable city. During the World Was II the city was completely destroyed. There were only some buildings survived after severe attacks of Luftwaffe. Why did it happen?

Being a strategic logistic hum Rotterdam was a very important spot for Nazi. The Netherlands would not surrender, therefore Hitler ordered to attack and bomb the country and its big cities.

Today this terrible black line in the history of Rotterdam can hardly be noticed. Locals managed to create a new strong city with prosperous economy. Look at this facts: 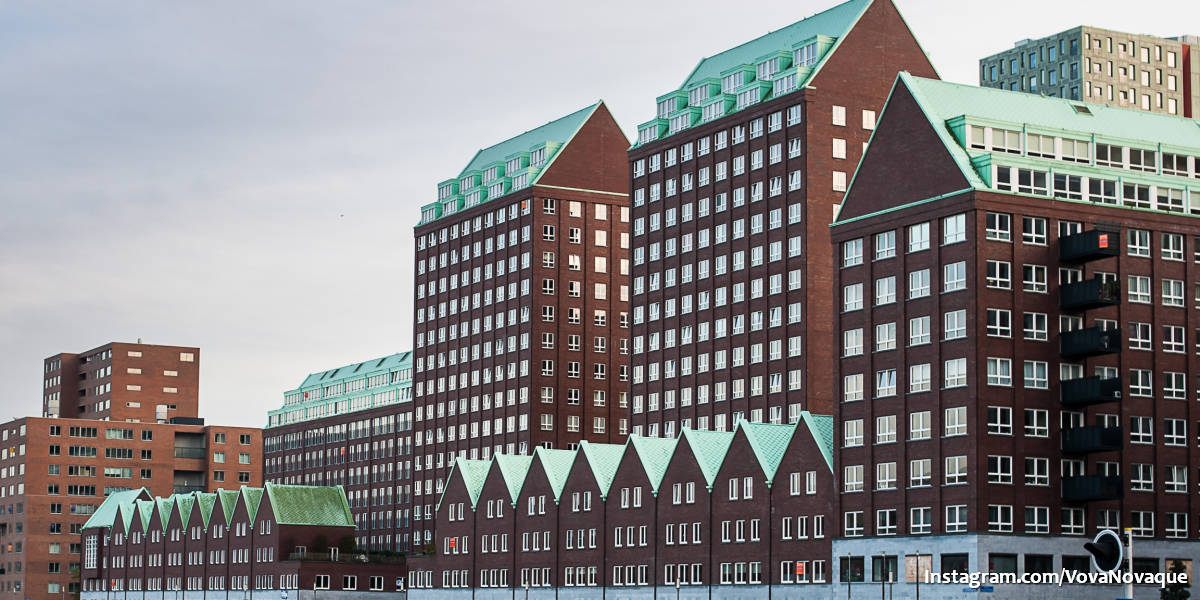 I was strolling along the streets of Rotterdam for several hours. And I should say that every minute spent in this amazing city was great pleasure.

The city for bikes

Every local person could see in me a tourist. Do you know why? I was walking. For the whole one day in Rotterdam I saw just a few people without a bicycle. The streets are well designed for bikes. They have thought over every single detail. 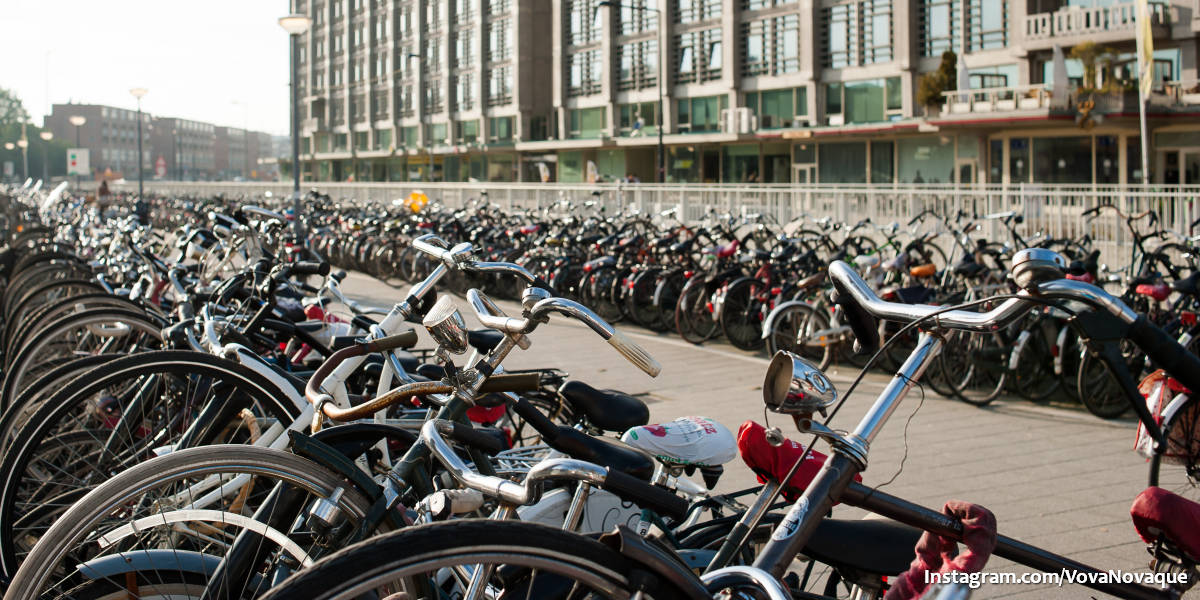 There are more than enough paths, signs, parkings and what is more important – enough motivated citizens willing to have a two wheel friend.

I saw even a garage for bikes. There they lock the two-wheel friends for the night.

The traffic in the city centre is quite easy, I haven’t seen any jams. There are enough lines for cars, bicycles, trams and pedestrians. 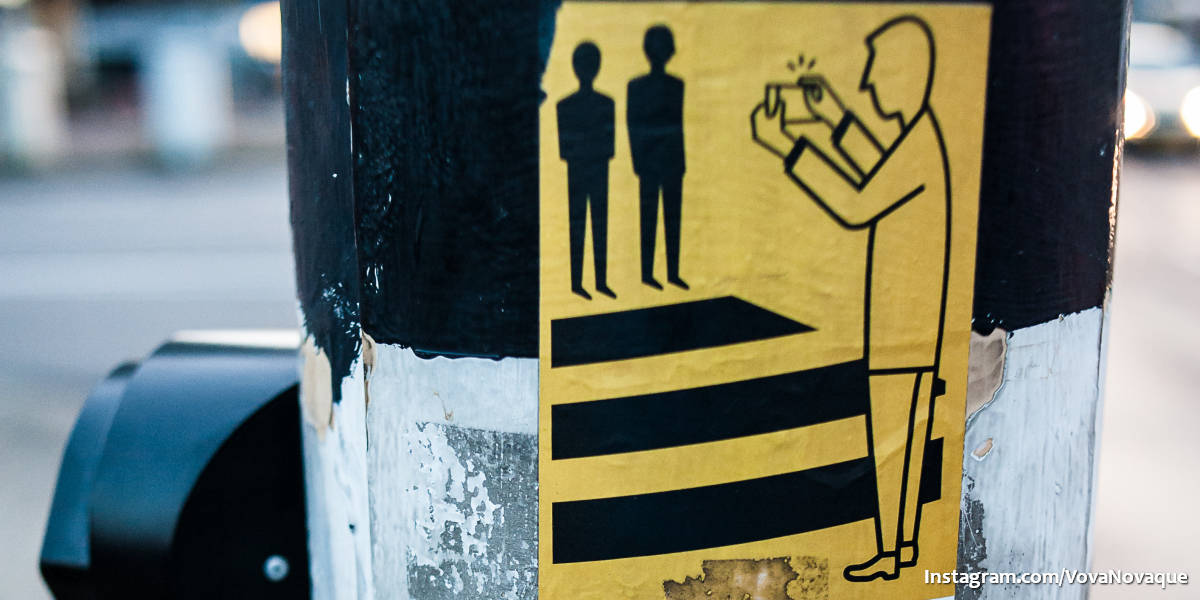 While walking through Rotterdam, mind, that if you are going to cross the street on red light, you are sure to be pictured by a passer-by. After you can find you face in the web-site where all such pictures are uploaded. It is so-called board of shame. 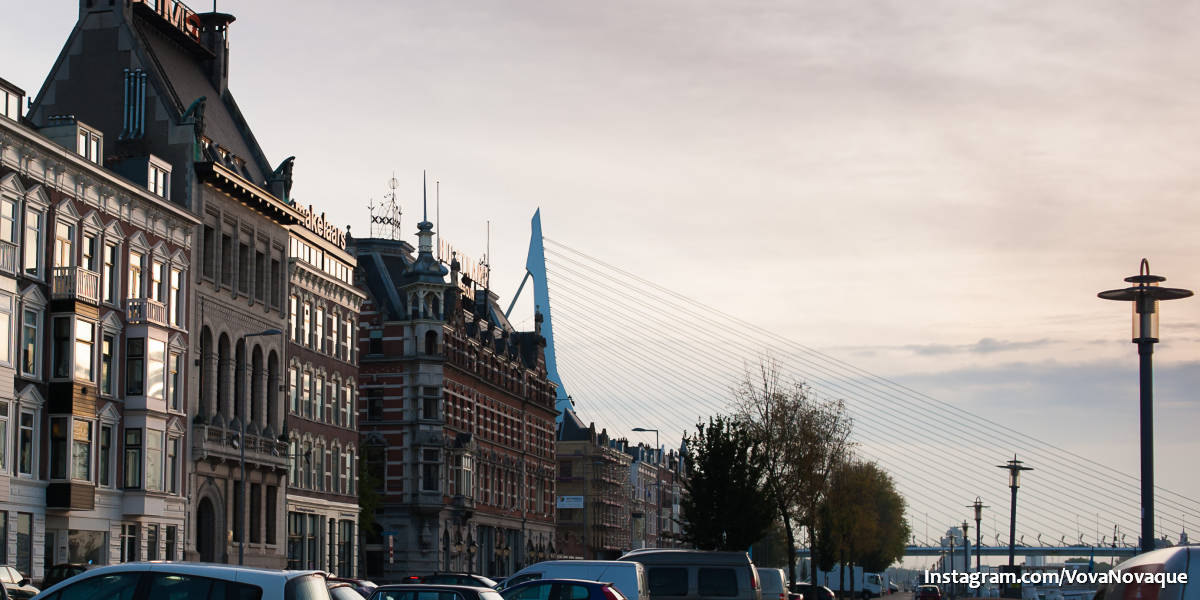 There are a lot of bridges in Rotterdam. Tiny boats and huge cruise liners pass under the bridges every minute.

Erasmus bridge is the second biggest bridge in the Netherlands. It links the north and south parts of Rotterdam since 1996. Because of the pylon’s shape people call it a “swan”. It is not only beautiful construction. If a huge ship comes, the bridge opens and let’s the ship go. Unfortunately, I haven’t seen this. Which is quite good. Another reason to come back for more than one day in Rotterdam.

Most of bridges are modern and are adjusted for cars, public transport, pedestrians and bicycles. 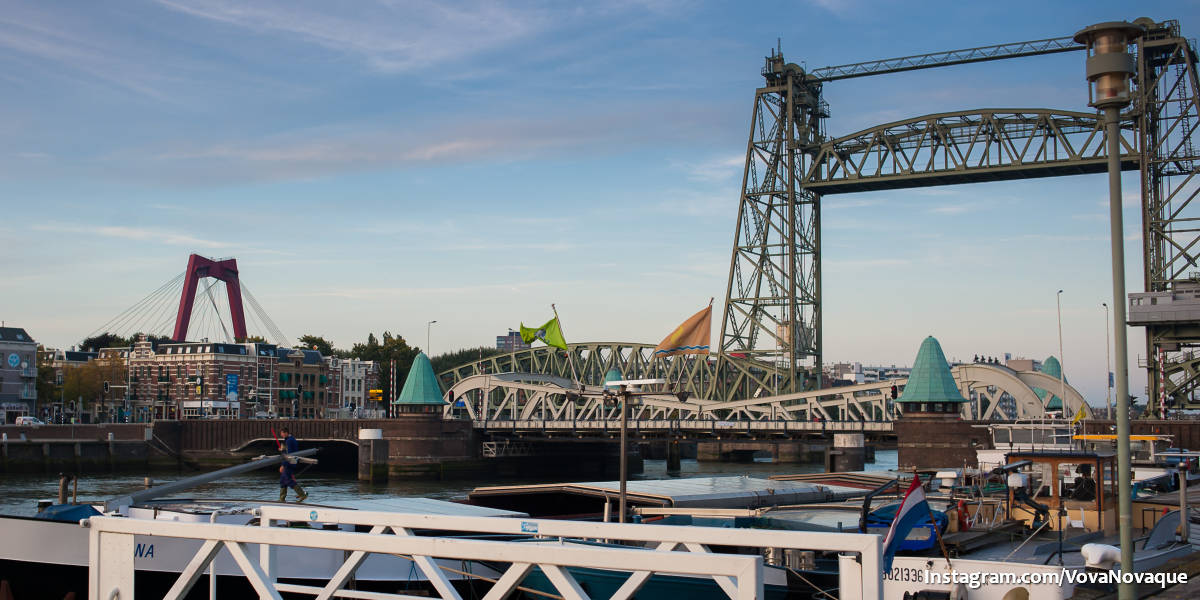 I didn’t plan this one day in Rotterdam. The only spot I had among must see places of the city was the cube houses district. The shapes of the houses brake all the common sense laws of how a house should look like. 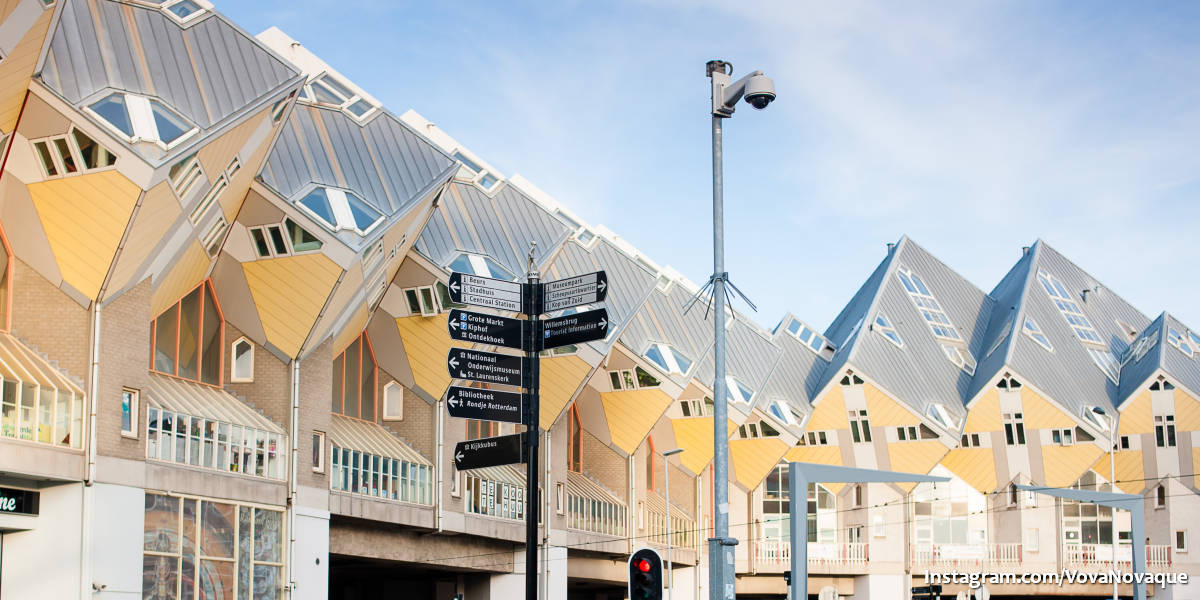 Unfortunately being pressed for time I didn’t have an opportunity to go inside. But for those of you who plans a trip to this amazing city, I recommend to stay in the hostel located in one of these blocks.

Here is the link to estimate the price and dates available. I should say, it is quite a busy place. So book in advance.

Another fantastic construction in the same square style is the city library. Until I had read that it was a library, I thought that it is kind of plant. Actually it is — the plant of ideas and thoughts. 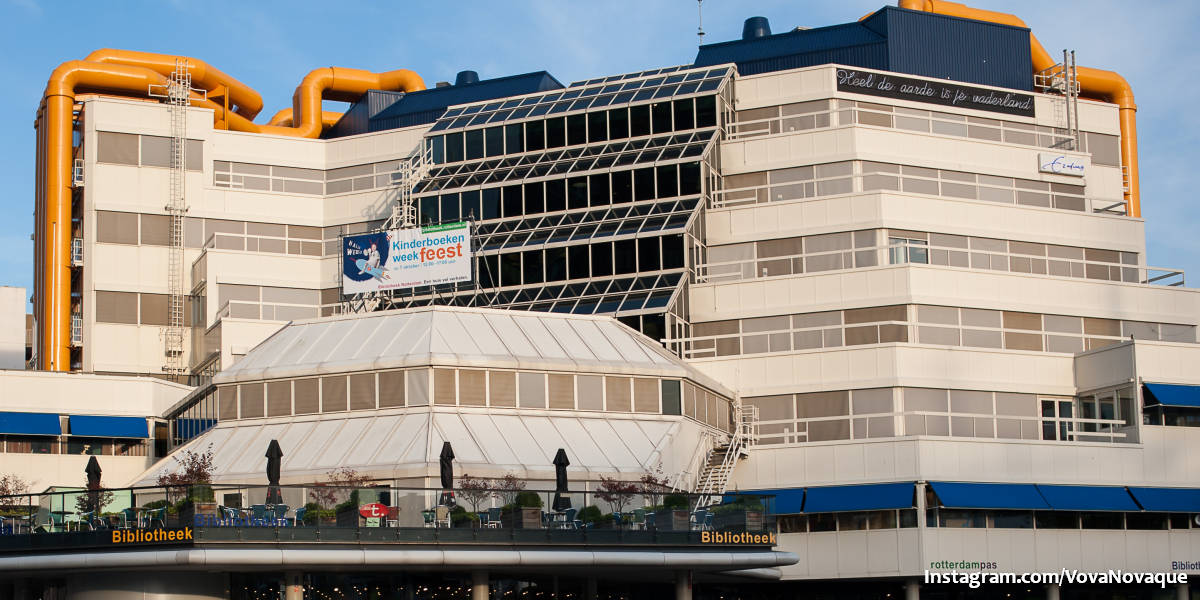 In every detail of the city you can feel certain idea and thought. Every single item has it function and all of them are united with a well-planned composition. In a modern Rotterdam it is quite hard to speak about the styles of architecture. Though it is one big, very friendly and comfortable space made by people for people.

From one day in Rotterdam I’ve learnt that it is a very comfortable and open city. The huge glassy skyscrapers pull you down to the ground and the city looks like Singapore. It is still that cosy Europe we love so much.

Reliable and comfortable transfer in Rotterdam for you.