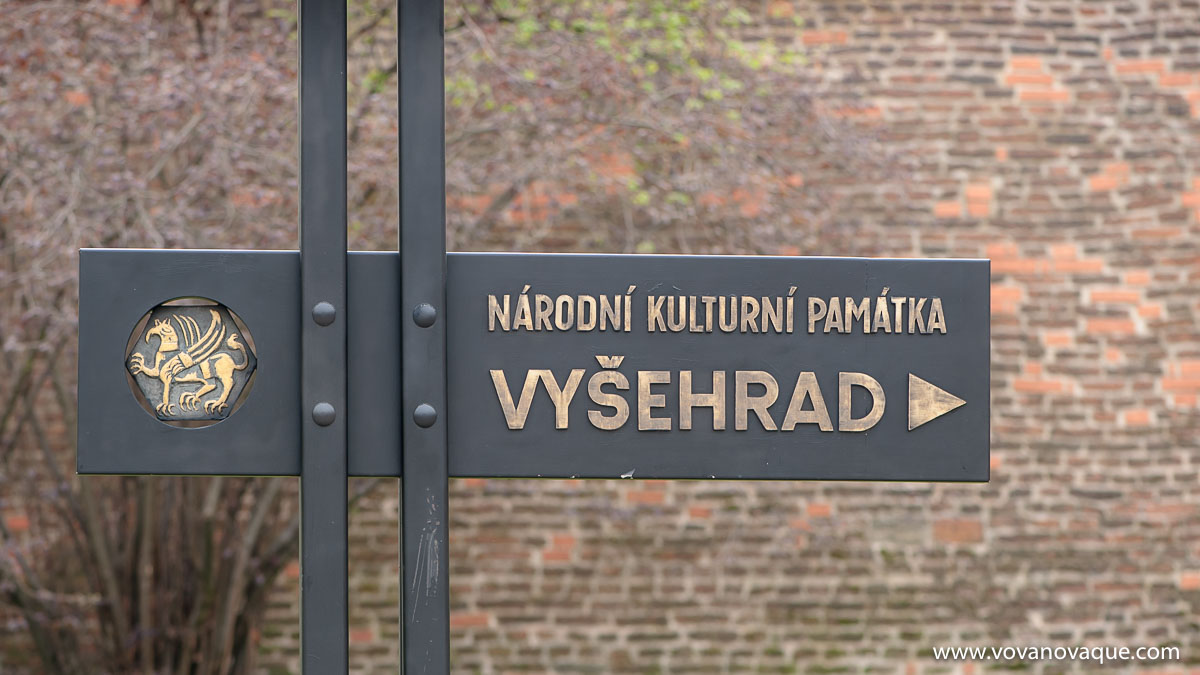 Vysehrad is the oldest residence of Czech royal families in Prague. Today it is a huge park with panoramic views, cemetery, Cathedral and beer garden. Let’s walk around the hill and find out what to see and what do in Vyšehrad. 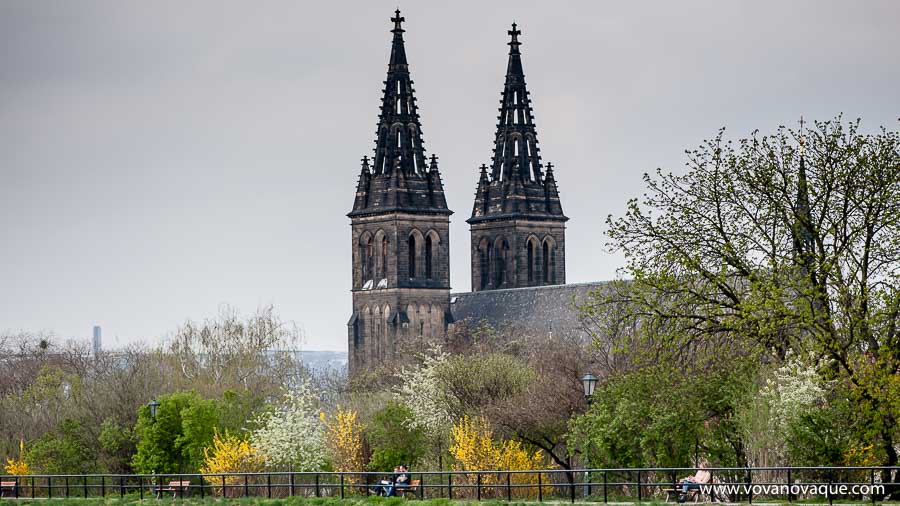 Vyšehrad is a unique complex of castles, casemates, galleries, churches and basilicas, ancient cemetery and gothic dungeons. Nobody knows for sure when it was founded and constructed. However historians claim that the first settlements were made in the tenth century.

It is important to mention that Vyšehrad used to be a fortress. And as of many other fortresses, its main goal was to protect the people from invaders. Therefore, it was built in the arduous place on Vyšehrad rock.

First Kings and the royal path

Already in the eleventh century the places was well-known after becoming the residence of the first King of Czechia – king Vratislav or Vratislaus. From that moment on his successors ruled from this castle until 1140. 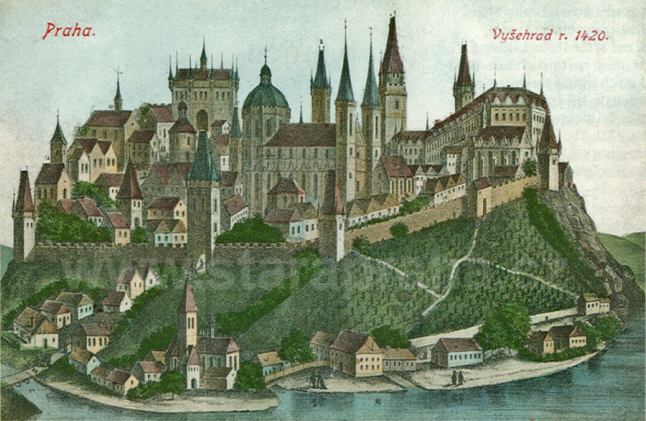 Only in the 14th century king Charles IV decided that all Czech kings-to-be had to visit Vyšehrad before coronation. Moreover, he ordered to build a new luxurious king’s palace on the place of the old. Also the cathedral of Saint Paul and Peter was reconstructed.

As Vyšehrad had military value there were numerous battles. That is why we can’t see lots of the ancient constructions today. Among the most famous survived buildings are:

Basilica of Saint Peter and Paul in Prague is one of the oldest construction in Vyšehrad. Its history dates back to the end of the 11th century. Prague authorities wanted to have good relationship with Vatican and decided to create Czech analogue of Rome cathedral. 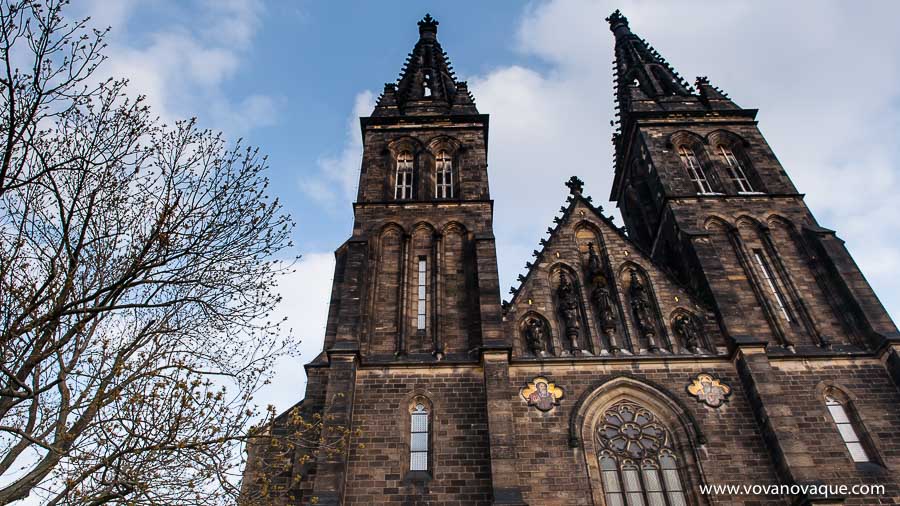 Not only the architecture, but also the inside decoration of the cathedral was amazing. However in the fifteenth century it was partly ruined. Since that times the church had been reconstructed several times. Modern look Basilica of Saint Peter and Paul in Vysehrad got only in 1885.

Under the lead of Joseph Mocker the architectural style of the cathedral became neo-gothic. 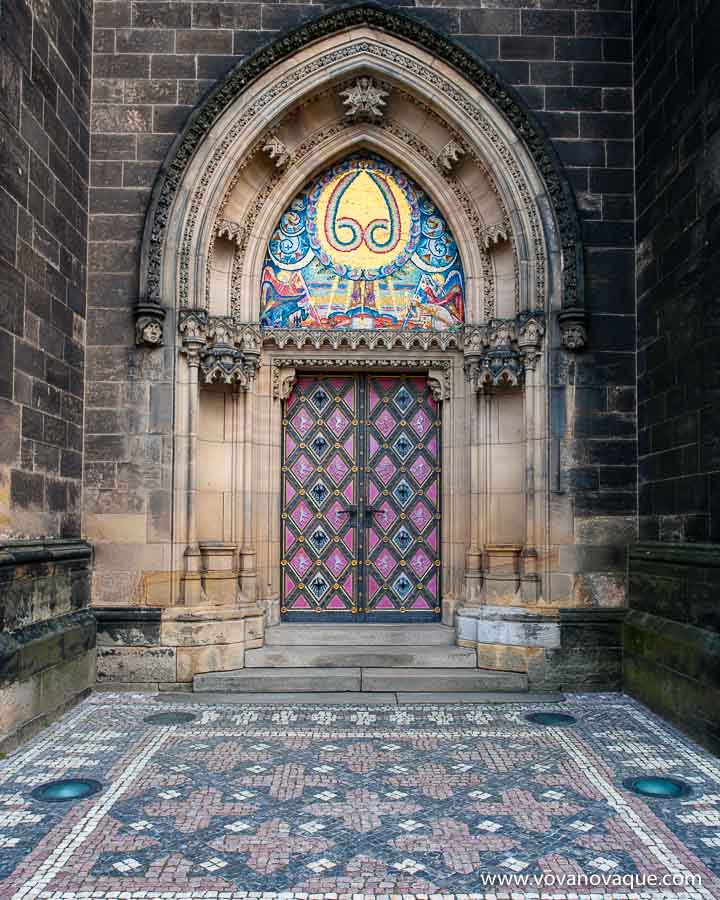 Nowadays the interior of the cathedral amazes visitors with its stunning beauty as well. Special place has the altar with the images of saint patrons of Czechia. The wall-paintings attract attention and enchant guests of the church as well.

The Gates in Vysehrad 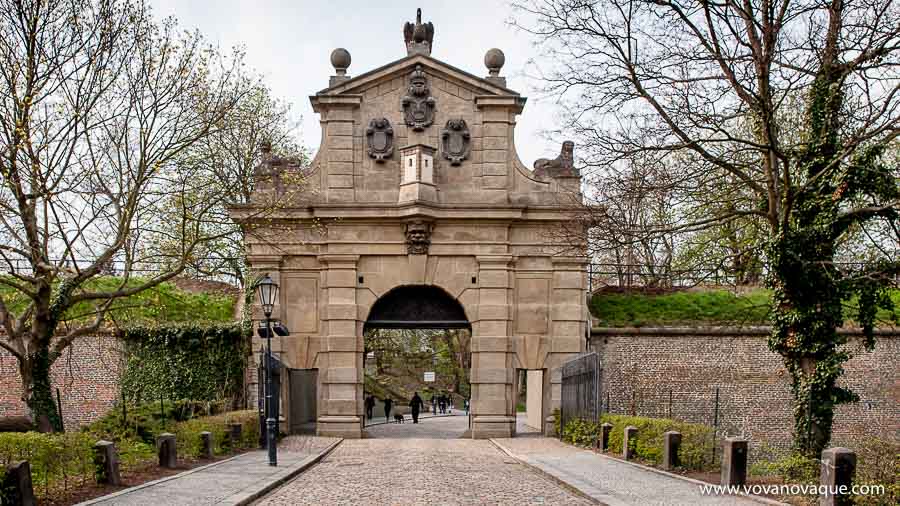 Vyšehrad is famous not only for its ancient churches and cathedrals, but for gates as well. The most well-known ones are:

The oldest of them are the Tabor Gates or Táborská brána. People went through the gate for the first time in 1656. It was a part of fortifications for protection of the fortress from enemies.

The Brick Gate, known as Cihelná brána in Czech served as the entrance to Vysehrad from the side of Nove Mesto (New Town). 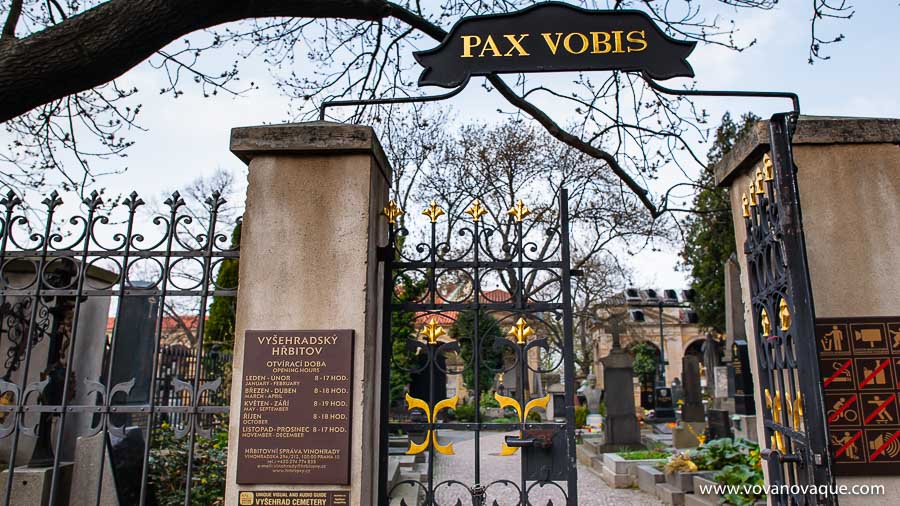 For those of you who prefer unusual sights, Vyšehrad will be a perfect place. There you can find such spots as subterranean and old cemetery. Gothic dungeon offers an exhibition devoted to the history of Vyšehrad. There are various documents of the third millennium BC.

The cemetery of Vysehrad is a quite and beautiful place. Tourists usually walk along, look at old graves, monuments and crypts. Despite the gloominess of the place, the atmosphere of oldness and mystery attracts many visitors. 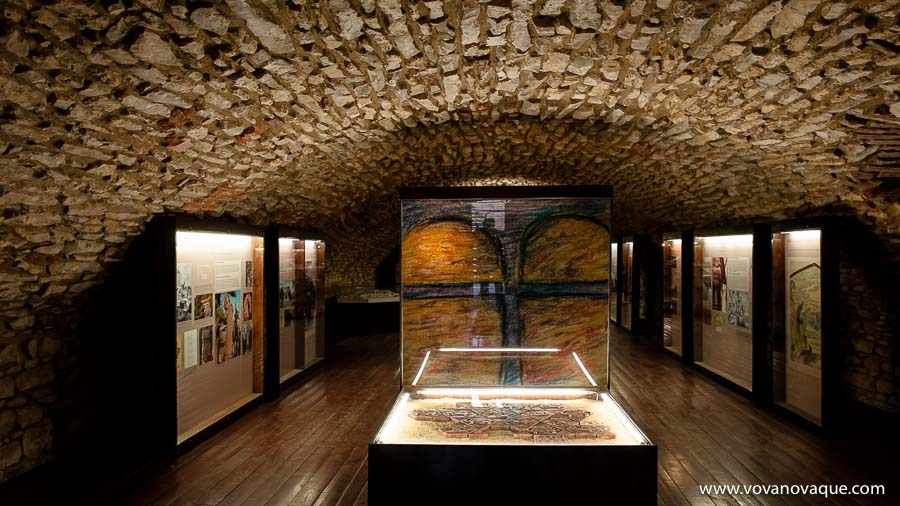 One of the most interesting spots in Vyšehrad is Vyšehradské Kasematy – casemates built in 1654. Soldiers used then until the beginning of the nineteenth century. The place is quite dark and big. The length of corridors only is about 1 km of labyrinths. The main hall Horlice occupies the area of 300 m2 with the height over 30 meters.

How to get and when to come? 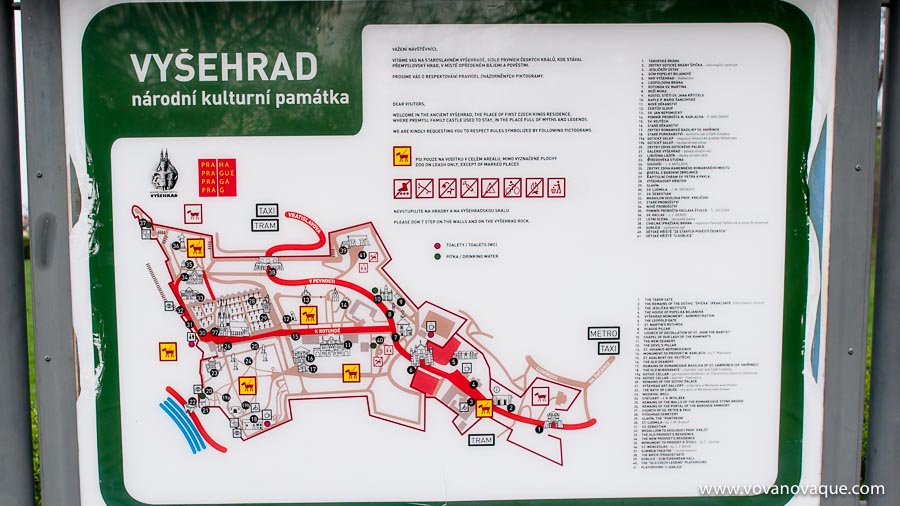 It is better to come to Vyšehrad in the morning, as the place is very popular with tourists. But since it is quite big, even during the day it never gets crowded. Mind the shoes you are planning to put on. It should be flat and comfortable.

There are two best ways to get to Vysehrad in Prague with public transport. The first is to take red metro line till the metro station Vyseharad. After you will walk some 5 minutes till the Gate.

The second option is to walk along Vltava river till the railway bridge in Naplavka. To the left you will see a the hill with black church. This is Vysehrad. The place is good for self discovery. Though I would rather recommend to have a private tour with a guide.

If you look at the map of Prague you will see, that Vysehrad is a bit far from the Old Town Hall or Charles Bridge. But this neighborhood is a cosy and has a lot of nice variants where to stay. Hit the link and find them.

To sum up I would like to add, that Vysehrad in Prague is a family and children friendly place. Locals go there regularly to enjoy the panoramic views and breath with fresh air. Moreover, there are not so many tourists as in Wenceslas Square or other parts of the central city. That’s why I strongly recommend you to put Vysehrad into your bucket list of things to do in Prague.