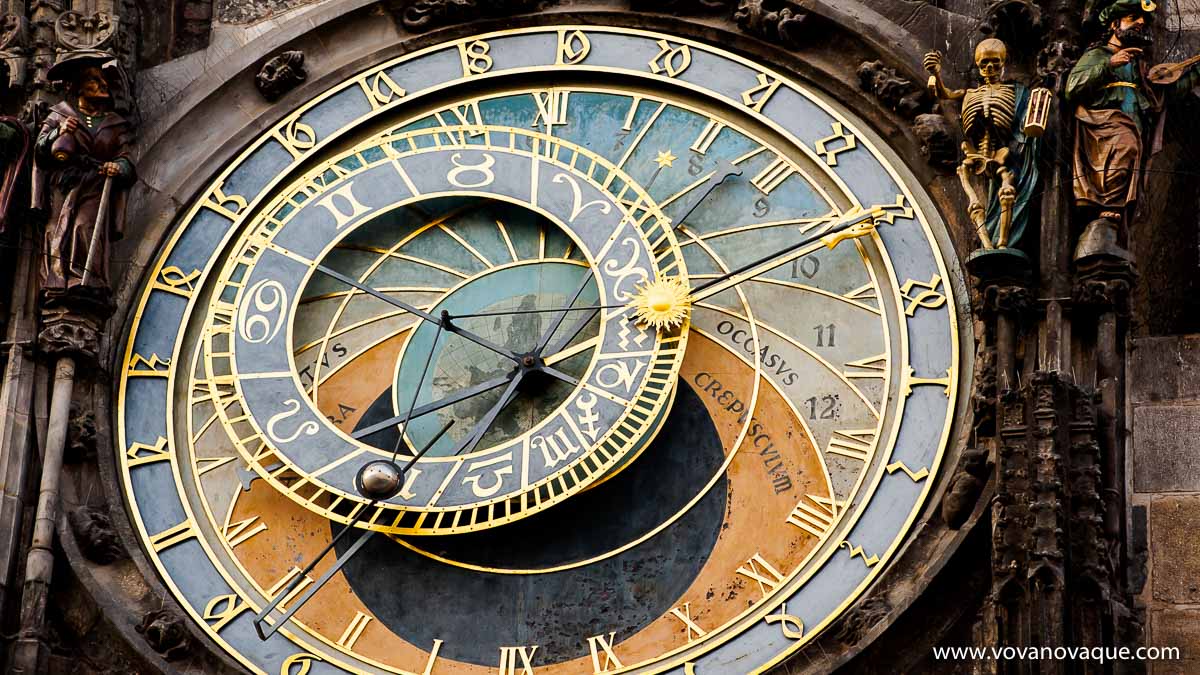 Astronomical Clock in Prague has a long history and several nick names. One of the most popular is Orloj. I think that this attraction is one of the top things to see in the Czech Capital. Why? Because it has a unique mechanism, an amazing idea and interesting legends.

Orloj in Prague is a part of Old Town Hall Tower and faces Old Town Square. Today every day from 9 a.m. till 9 p.m. crowd of tourists get together in front of the Astronomical clock to see an ancient show. According to the legend the author of the mechanism Mikuláš of Kadaň was blinded by the authorities.

They did not want the artist to make something unique and beautiful to other cities. It happened in 1410 when Orloj was finished. Such a method of copywriter protection was very popular in the middle ages. Being blind the man asked to see the mechanism and touch it for the last time ever.

And when he got to the mechanism, he broke several element and damaged the clock to stop it. Though according to the scientists, this legend has nothing to do with facts. However the Astronomical Clock didn’t work for a long period.

Figures of Astronomical Clock and the show 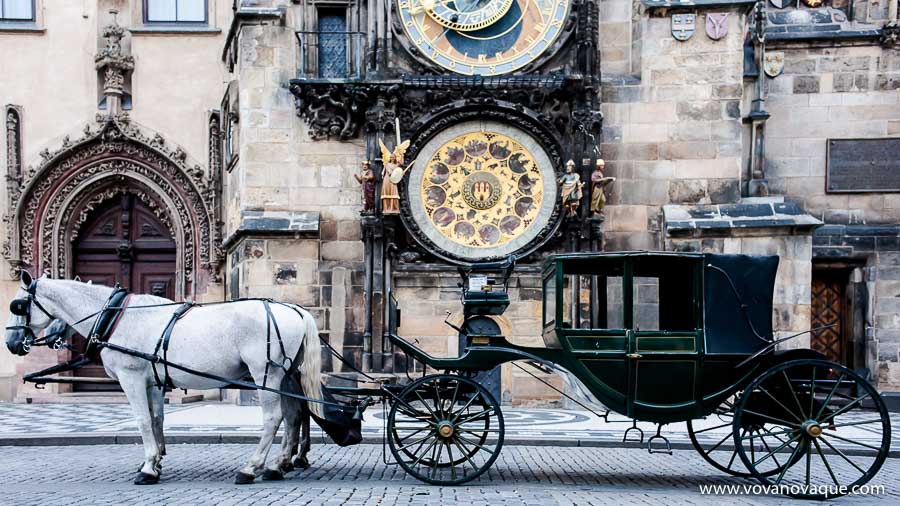 Every hour from early morning till late evening tourists harry up to see the famous show of Astronomical Clock in Prague. It last less than a minute and starts every hour sharp: 9, 10, 11 a.m. and till 9 p.m. What happens during the show?

The clock strikes a new hour and the show begins. The blue doors opens and a special platform inside the Astronomical Clock starts to move the figures. These are Apostles. The first goes St. Peter with the key of heaven. The rest of his team follows him.

At this very moment you need to find a skeleton, a Jew with a sack of coins, narcissus and a Turk who cares about nothing, but the music he plays. These figures move and you should be quick to observe them all. That is why a lot of people come back to see the show at the Old Town Square in Prague again and again.

To learn more facts about the clock you can book a private sightseeing tour with a local guide in Prague or buy a ticket to the Old Town Hall Tower and discover these facts one your own. This is the only tower with an elevator, so it is highly recommended to go to the top of it. But mind that from May till November 2017 the tower and the Astronomical clock will be closed for reconstruction. 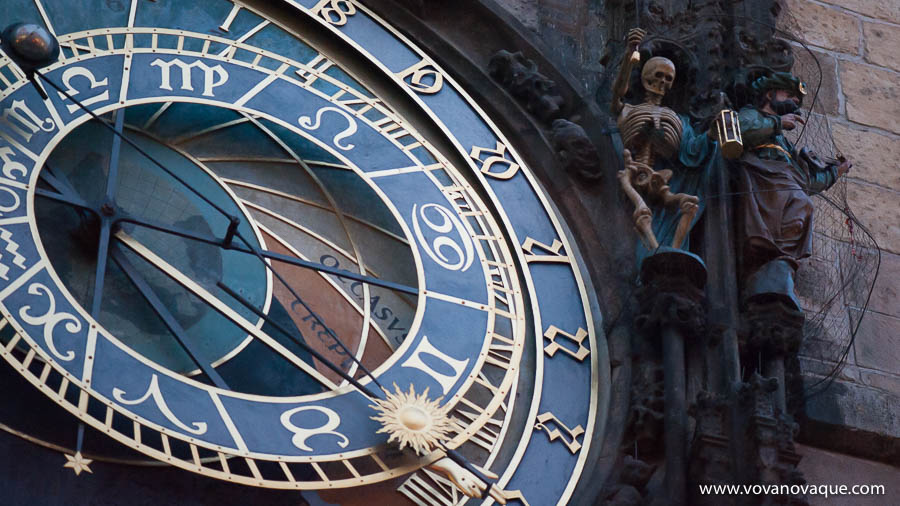 The two big circles are the clocks. At the top you can see how the Sun and the Moon go around the Earth. On the inner circle you can see zodiac signs. There are also two rings with numbers at the Astronomical clock: Roman numbers from 1 to 24 and Schwabacher figures. The former show the time we have now and the latter show the so-called Old Czech time.

The lower big circle is a calendar of 12 months. On each month one see the picture of what people used to do in the village in this or that month. This calendar moves and goes around.

In 2020 Prague will celebrate 610 year since the time when the Astronomical clock appeared. Today it is hard to acknowledge importance and difficulty of that work. The artists and scientists created the mechanism, which is still working after so many years, after wars and changes of regimes. Have a look how we celebrated the 600th anniversary of Orloj in Prague.

There are numerous hotels around the Old Town Square and close to the Astronomical Clock. The most popular, comfortable and interesting are the following:

How to find in Prague?

One can find Astronomical clock in Prague with no problems. First of all you need to get to the Old Town Square. You can use public transport system: trams or metro. It is also comfortable to use Uber in Prague. When you see a single gothic tower aiming into the sky and a lot of people staying around the tower looking at the same direction, you are here.